The Problem with the Hamstring Problem 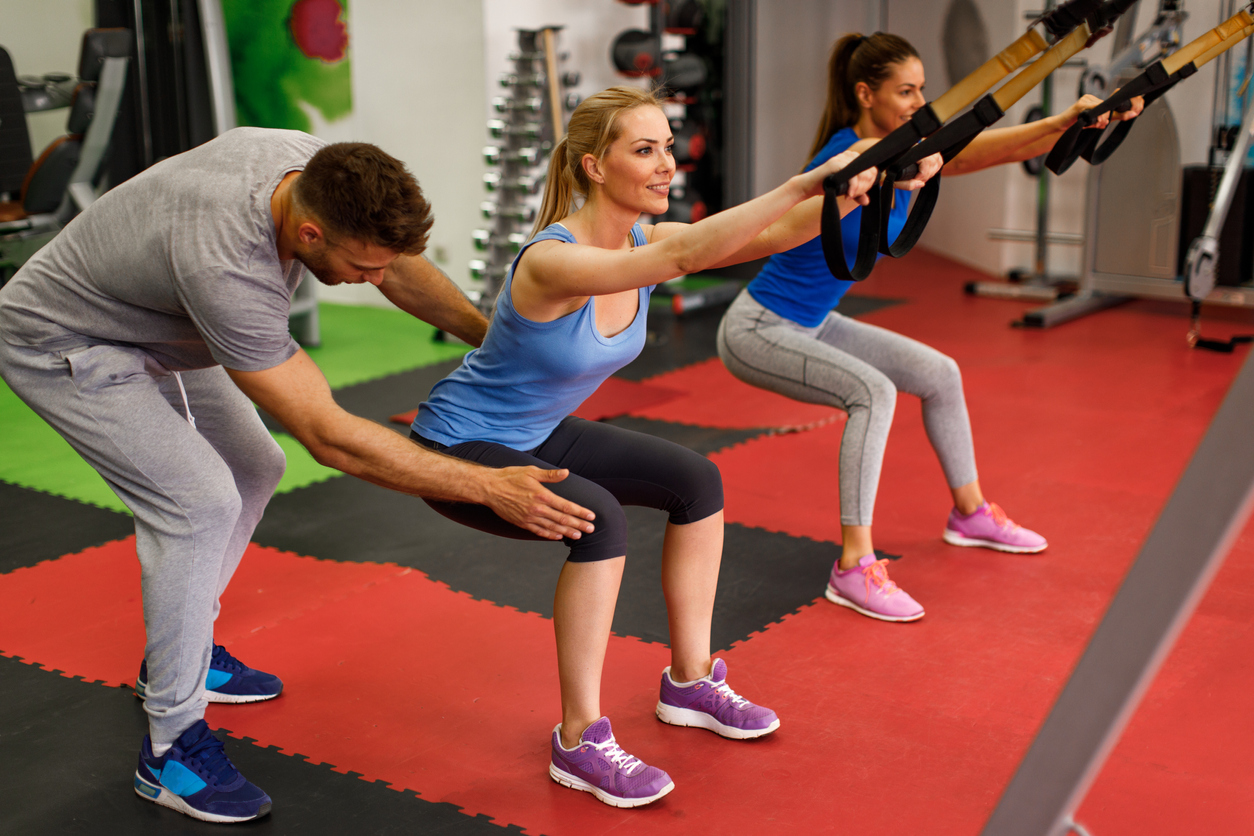 Hamstrings are arguably one of the most talked about muscle groups, as well as the most researched, stretched, and injured. While there is a wealth of information about hamstring injury prevention and treatment, hamstring injuries are still widespread and increasing in sports, such as soccer. Hamstring injuries are consistently the most common time loss injury in the sport of soccer (Buckthorpe et al., 2018). Buckthorpe et al. (2018) continued that this may be because the physical demands of the sport have increased.

However, at the very foundation, there is a disconnect in the understanding of how these muscles function. The topic of hamstring injury treatment, rehabilitation, and prevention could fill an entire book - and have filled many.

This article intends to offer a different perspective on why hamstrings present problems for the average individual. It will also provide programming options that you’re probably already using with slight tweaks to make it more specific to the problematic hamstring.

The father of osteopathy, Andrew Taylor Still, stated that structure governs function. With this, the best way to understand function and dysfunction is to begin by looking at the structure. The hamstrings are a group of three (or four), bi-articular muscles located on the posterior thigh - semimembranosus, semitendinosus, and the biceps femoris — all three cross both the iliofemoral (hip) joint and the knee.

At the hip, the hamstrings work synergistically with the gluteus maximus and the posterior fibers of the adductor magnus to produce motion. Most health and fitness professionals can easily understand hip extension with either pelvis on femur motion (i.e., posterior pelvic tilt) or femur on pelvis motion (i.e., pushing off during walking). However, the hamstrings do much more than produce motion concentrically. When considering structure, it is likely that concentric action is a very small part of the muscle groups required duty.

While hamstrings are a close balance between fiber types, they tend to be more of the type I, slow twitch fiber. The key features of attaching to the pelvis, crossing more than one joint, and being predominantly composed of slow twitch fibers is a structure that supports the function of stabilization.

Hamstrings as a Postural Stabilizer

The hamstrings function synergistically with the other hip extensors and also the rectus abdominis and external oblique to act on the pelvis (Neumann, 2017). As the hamstrings contract to pull the posterior pelvis inferiorly, the abdominal muscles can contract to pull the anterior pelvis superiorly. Further, the hamstrings work in opposition to the hip flexors and the spinal erectors. This entire group of muscles must be balanced to maintain an optimal position. If the pelvis is not in a neutral or ideal position, all of these muscles are to blame, not just the poor hip flexors that seem to take on the brunt of the abuse!

As the center of mass moves anteriorly, the hamstrings engage or tense up to provide the necessary balance and stabilization. Maintaining a lean forward position, as when brushing your teeth over the sink as Neumann (2017) states, relies predominately on hamstring tension. This is important because most individuals in a sedentary society have this anteriorly shifted center of mass. These changes in posture are likely the reason there is a chronic hamstring tightness issue in modern societies.

If the hamstrings always feel “tight,” then we must perform both a static and transitional assessment other than going entirely by a “feeling.” If an individual has the anteriorly shifted posture, then a few postural corrections may be the cure for the tension. If there is some other postural distortion, then we must recognize that the entire group of muscles is influencing the position and not quickly resort to only trying to lengthen one.

Hamstrings as an Eccentric Decelerator 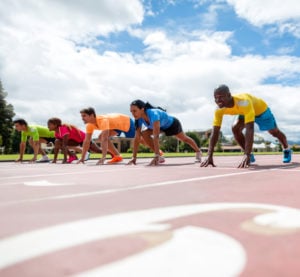 The NASM Corrective Exercise Course Curriculum states that the hamstrings work, collectively, to “eccentrically decelerate hip flexion and knee extension”. This motion is encountered thousands of times per day during gait, and the hamstring is known to demonstrate high force to decelerate these motions (Thelen et al., 2005).

Also stated was that the maximum hamstring lengths occurred during the late swing phase of sprinting, right before the foot struck the ground. Hence the reason why so many hamstring strains occur during running.

Hamstrings as a Dehydrated Piece of Meat

Making hamstring matters worse is the issue of hydration. This section is not to tell you to drink more water and get your electrolytes, but to address that constant sitting is killing the tissue quality in your posterior thigh and hips. The pressure from sitting for hours per day forces water out of the tissues. Think of it as a constant squeeze of a sponge - eventually, the sponge will be bone dry. You can place the sponge back in the water as much as you’d like, but until the pressure of your squeezing hand is removed, water will not be reabsorbed by the sponge.

Additionally, since the hamstrings have such a large moment arm at the hip compared to the knee, sitting also places a slight stretch on the hamstrings—the tension created by the stretch forces more water out of the tissue. To get water back into the hamstrings you must stand up and move your body. For more direct influence on rehydrating the tissue, you could use a foam roller or an array of other soft tissue tools that can push, pull, and squeeze fluid through the muscles.

The first thing to do to improve the hamstrings function is to stand up and do some soft tissue work. For those with a sedentary job, finding ways to incorporate a simple and quick 4-5 minute routine every couple of hours every day can make a huge difference.

Next, assess the hamstrings to know what they are up against. The order of assessments can vary, but I recommend the following as it flows smoothly and is time efficient. 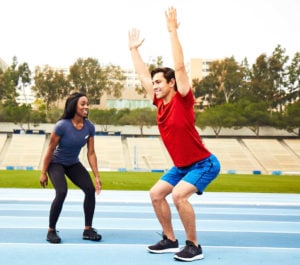 You can perform the overhead squat assessment quickly and accurately using the NASM Edge app. Input your clients’ results by selecting observed compensations, and you’ll be presented with a list of over and underactive muscles, as well as recommended corrective exercises that you can assign to clients. You will then be able to track their improvements by continuing to use the overhead squat assessment.

Additional assessments are available if additional objective data is needed. However, the insight obtained from the two test above provide enough information to begin a training program. The programs listed below utilize the NASM Corrective Exercise Continuum.

If the client demonstrates a posterior pelvic tilt proceed with the following program:

If a client demonstrates an anterior pelvic tilt they should proceed with the following program. Please note that hamstring stretching is NOT for these individuals as the hamstrings are not short. It is very important to communicate to this client that what they are feeling is tension, and it does not indicate that the muscles are short and tight. By sticking to the program below they will begin to experience reduced tension and tightness in one to two weeks.