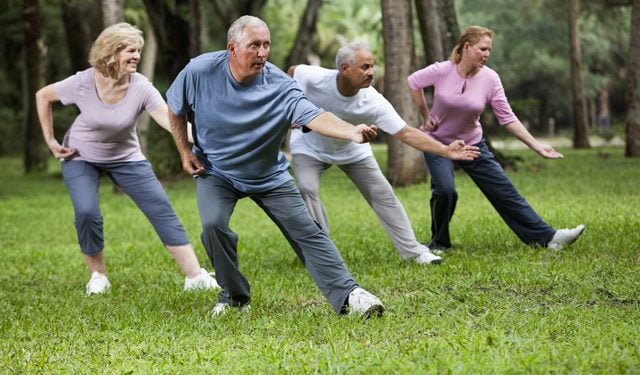 While there may be disagreement about how long the Chinese have practiced the martial art of tai chi—2,500 years or 400?—there is little dispute that in its current form, it makes practitioners feel healthier. Tai chi was originally a form of Chinese boxing that involved both dynamic and static elements. As practiced today, it has ironically evolved from this martial art into an exercise for well-being, a kind of “moving meditation.”[1]

Nowadays, the most popular form of tai chi is Yang, known for its simplified, less athletic style. Yang uses “large, sweeping movements performed at a slow, even pace” and is simple to learn.[2] For these reasons, not only is it the most popular style, but it’s ideal for aging adults.

According to the 2007 National Health Interview Survey, an estimated 2.3 million U.S. adults had used tai chi in the previous 12 months.[3] That number is growing among aging adults for practical reasons: Tai chi requires no special clothing, shoes or equipment, so it’s affordable; it can be done almost anywhere; its slow, relaxed, and fluid movements are less stressful on aging joints and muscles; when practiced with a group, it lends itself to socializing.

Most important, though, are the physical and mental benefits that tai chi can provide. In studies by medical researchers, this form of exercise addresses common age-related conditions such as chronic pain, loss of balance and stress. Some studies even show that tai chi can increase flexibility, promote cardiovascular fitness, increase bone mineral density, lower blood pressure and increase aerobic capacity.1

Chronic pain often comes with conditions such as fibromyalgia, osteoarthritis and rheumatoid arthritis. In one trial, 66 people with fibromyalgia were placed in two groups: one group took tai chi classes twice a week; the other group attended wellness education and stretching sessions twice a week. After 12 weeks, those in the tai chi group reported less pain than the control group.4 Other studies have shown that controlled breathing and movements promote mental calmness, which may raise pain thresholds in those with arthritis and help break the “pain cycle.”5

People with osteoporosis are in constant fear of falling, and with good reason. A broken hip or vertebra can lead to death, so slowing bone loss and preventing falls are keys to reducing fracture risk. Whether someone has already had a fracture due to a fall or is in the early stages of osteoporosis, tai chi is suggested by the National Osteoporosis Foundation as an important anti-fall activity.

“Balance exercises that strengthen your legs and test your balance, such as tai chi, can decrease your risk of falls,” according to the foundation.6

In a randomized, controlled trial of tai chi for the prevention of falls done in Sydney, Australia, in 2007, researchers tested 702 people aged 60 and older over a 16-week period. They found that participation in once-per-week tai chi classes can prevent falls among this age group.7

Tai chi can also improve balance in people with neurological problems. A study in The New England Journal of Medicine found this martial art form particularly effective for balance in people with Parkinson’s disease. Tai chi helps improve balance because it targets all the physical components needed to stay upright—leg strength, flexibility, range of motion and reflexes.8

Interestingly, one of tai chi’s biggest benefits to stability isn’t physical, but emotional.

“Anyone who’s had a fall or who has instability has what we call a ‘fear of falling,’” says Dr. Peter Wayne at the Osher Center for Integrative Medicine at Harvard Medical School and Brigham and Women’s Hospital, “Ironically, a fear of falling is one of the biggest predictors of a fall.” By making you firmer on your feet, tai chi takes away that fear, the doctor observes. “Tai chi also makes you more aware of both your internal body and the external world, giving you a better sense of your position in space.”9

See also: Exercise Tips for Fall Prevention, which goes hand-in-hand with the balance you achieve from Tai Chi.

The “Healthy Lifestyle” section on the Mayo Clinic website says that when tai chi “is learned correctly and performed regularly,” its benefits may include decreased stress, anxiety and depression.10

A study of several trials focused on tai chi for the treatment and prevention of mental disorders found that the most logical clinical application of mind-body techniques is for stress reduction. Out of five of these trials, four found a significant association between tai chi and positive effects on stress.11

Older practitioners would agree. Carole Deily, an 80-year-old tai chi student in Plano, Texas, says, “Whenever I have a class, I feel ambitious and refreshed the rest of the day.”

Deily also reports improved balance, breathing and posture. “My 15 years of tai chi have served me well,” she affirms.12

Denise Kocol, a tai chi instructor in Fort Collins, Colo., trained with the international Consortium for Older Adult Wellness (COAW) to learn the martial arts form for people with arthritis. Because her training uses the Sun style of tai Chi, another gentle form, her classes are already adapted for seniors.

Kocol gives permission for participants to sit down or stop if they need to. “If a student tells me beforehand that they have limitations, I work with them to modify moves to accommodate those problems. If an instructor won’t modify a move for a student, the student needs to find a different instructor.”13

While Kocol has tai chi certification through COAW, there is no licensing body that regulates tai chi teachers and no certifying body that clearly distinguishes higher quality instructors. In addition to COAW’s Tai Chi for Health Institute, the American Tai Chi and Qigong Association offers training and certification programs.

Kocol believes this form of exercise appeals to older adults because “they’re wiser and they know their bodies. They know it’s better to work smarter, not harder.”

And what do her students tell her about how tai chi benefits them?

“They don’t tell me directly,” she says. “They just keep coming back.” 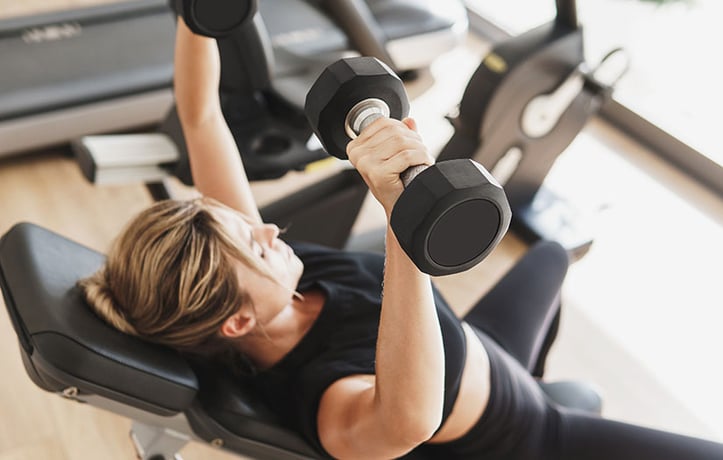 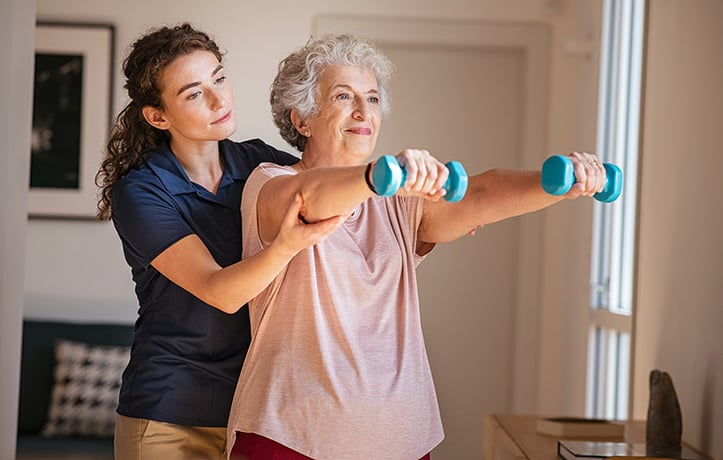 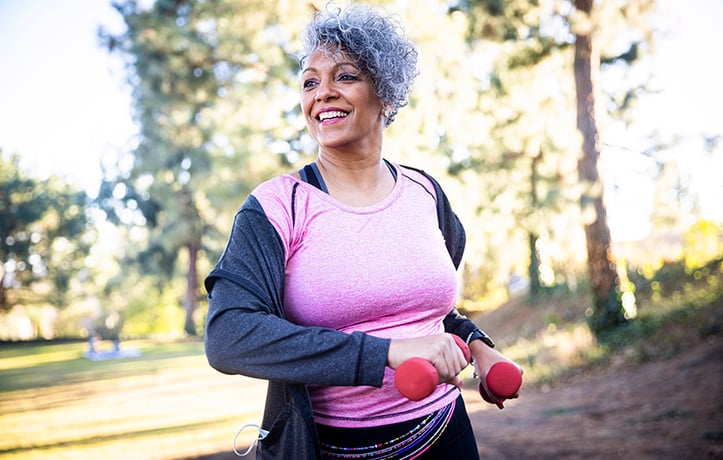