7 Questions All Nutrition Coaches Need To Know How to Answer

With fad diets flooding the marketplace, obesity and heart
disease numbers rapidly increasing, and more confusing food choices than ever
before, Nutrition Coaches are in particularly high demand.

This is an exciting, rewarding career for people who love
helping others. And for those who love being their own boss.

If you’re interested in becoming a Nutrition Coach, NASM has just introduced their Nutrition Certification, a breakthrough program that combines cutting-edge nutrition science with behavior change and nutrition coaching strategies.

Several of the topics below are covered in the program. Read on
and discover some of the common questions nutrition coaches receive – both
about their career and nutrition in general.

What’s the role
of a Nutrition Coach? How is it different than a Registered Dietitian?

There are clearly defined boundaries between the services of a Certified
Nutrition Coach and a Registered Dietician Nutritionist, Health Coach, Lifestyle Coach, or an RDN.

Nutrition Coaches serve clients who do not have any known medical conditions (e.g., diabetes, hypertension, etc.) and want to:

One of the many benefits of working as a Nutrition Coach is witnessing
any or all of these amazing changes in clients, no matter who they are. Because
a Nutrition Coach can even choose to specialize with certain populations –
athletes, post-partum mothers, or overweight executives, to name a few.

The role of Registered Dietitian Nutritionists,
or RDNs, is more medical in nature. RDNs design nutrition programs
to protect health, prevent allergic reactions, and alleviate the symptoms of
many types of disease.

To be a licensed RDN, you have to earn at least a Bachelor’s Degree from an accredited college or university, had their course work approved by the Academy of Nutrition and Dietetics' Accreditation Council for Education in Nutrition and Dietetics (ACEND), fulfilled hundreds of hours of supervised dietetic services in a variety of professional settings, and must have passed a national exam provided by the Commission on Dietetics and Registration (CDR).

READ MORE: What is A Nutrition Coach And Why Are They Important?

Isn’t nutrition as simple as monitoring calories in and out?

Not quite. For those who have an unhealthy relationship with
food, losing weight can be a lifetime struggle. Simply telling someone who’s
struggled with weight loss that they need to cut their calories and exercise
more won’t be an effective strategy because it doesn’t actually provide the
individual with concrete, actionable steps to move in the right direction.

It’s important to take several variables into consideration,
such as if there have been failed attempts to lose weight in the past. Also,
it’s wise to find out if a client believes he or she can make a change, or
whether they are filled with self-doubt to accomplish their goals.

Furthermore, it’s important to understand that some mental
disturbances, including stress, depression, or having been exposed to trauma,
can affect appetite for some individuals, leading to over or under-consuming
calories. It’s also important to know that everyone reacts in a different way
to these potential triggers.

Getting this sort of background information is invaluable in
forming a nuanced, individualized approach to helping clients reach their
goals, no matter what they might be.

What’s the deal
with High Fructose Corn Syrup? Is it good or bad?

High fructose corn syrup (HFCS) is a man-made sweetener derived from corn starch. You can find it in many commercially available products ranging from soda and sports drinks, to salad dressings and barbecue sauces.

HFCS is preferred over real sugar by many food companies since it’s
cheaper, more abundant, has a longer shelf life, and has a broader range of
food-processing applications versus cane sugar.

From a perspective of caloric density, it is a little sweeter than sugar, which implies that less could be used. But per gram, HFCS is no different than cane sugar (i.e., one gram equals four calories), thus it cannot be implicated in promoting greater levels of obesity by itself. 1

However, it’s most often found in snacks and junk foods that are
usually calorically dense, and thus becomes guilty by association.

The same must be said for HFCS negatively affecting metabolic or
endocrinal (hormonal) responses in the body – no real evidence links HFCS per
se to compromised health.

HFCS is one of the most abundant sources of added sugar. So reducing
HFCS is a smart choice for most people. However, when ingested in small
amounts, HFCS does not directly pose major health issues. Its impact on
the body is similar to cane sugar.

Carbs. Will they
make me gain weight?

A macronutrient (that’s the fancy term for something that’s consumed in large amounts— carbohydrates, protein or fat) by itself does not necessarily promote obesity, unless its quantities are significantly elevated.

Rather, the overall energy
density of the diet, or how many calories are consumed, appears to be the
primary cause of overweight and obesity.

So why are carbohydrates always portrayed as the bad guys?

But neither of those are the real problem. The overeating is.
And simple carbs are very easy to over-consume because often they’re easily
accessible, and to many, sweet foods taste good.

The accessibility combined with the taste tends to stimulate
appetite, resulting in more food being consumed. When more energy is consumed
than the body uses, weight gain occurs. It’s just the law of thermodynamics.

The trick is to opt for primarily nutritious carbohydrate
sources like whole grains, legumes, whole fruits and vegetables over simple
carbohydrate foods like cookies, pastries, chips, and other junk foods.

In short, yes, decreasing saturated fat can reduce the risk of
heart disease.

But it’s not as simple as that.

However, this strategy has not been well established without recommending what specific nutrients should be substituted for saturated fat.3

Based on numerous studies, several conclusions have been made:

• Replacing saturated fat with refined carbohydrates does not reduce risk of cardiovascular disease.

• And reductions in saturated fat without replacing those
nutrients with other nutrients is not well understood.

Does exercising
on an empty stomach burn fat?

The idea of “fasted cardio” – or fasting during aerobic
exercise – has been around for decades. The underlying idea being that
when you don’t consume food, specifically carbohydrates, for an extended period,
your body will use its fat to get its energy.

There is some rationale to support this idea. For example, in a study
of ten healthy overweight men walking for 60 minutes on an empty stomach burned
more fat than when they consumed carbohydrates prior to walking.4

In another study, active men burned nearly 20% more fatty acids when running on an empty stomach compared to after eating breakfast.5

In a four-week
long study of females on a 500-calorie-a-day deficit, fasted cardio was not
more beneficial than non-fasted cardio for changes in body composition, or body
mass index (BMI).6

In some cases, fasted exercise may be detrimental, specifically
in higher intensity training, or longer duration training where pre-workout
carbohydrates are needed to increase performance.

Bottom Line: Fasted cardio does not appear to provide any
additional benefit on body fat loss when calories and training volume are
equal.

The Keto Diet –
Is it a fad worth falling for?

The ketogenic diet – or Keto Diet, as it’s commonly known - is a
dietary approach that utilizes a very low-carbohydrate, high-fat approach to
eating. The idea is when there is a severe reduction of carbohydrate intake,
the liver begins to produce ketone bodies
to be used for fuel, a process called ketosis.

There is some promising research regarding a keto diet and specific diseases. For instance, up to 50% of young people with epilepsy had significantly fewer seizures after following a keto diet.7 Ketogenic diets may also aid in fat loss.

However, when calories and protein are matched between diets, a ketogenic diet does not necessarily lead to more fat loss than a non-ketogenic or higher carbohydrate diet.8

Bottom line: A well-formulated ketogenic diet may be safe to
consume for many people, with the presumption that the diet is comprised of
mostly whole, minimally-processed foods and providing adequate micronutrition
(vitamins and minerals) and fiber.

However, a ketogenic diet may lead to increases in LDL cholesterol – or ‘bad’ cholesterol.9 If this happens, that should be of concern, and may warrant reducing fat intake in those susceptible individuals. It should be noted that there is a large individual genetic variation in response to high-fat diets.

We hope this has answered some of your burning questions about the role of Nutrion coaches , and some of the more hot topics in nutrition.

5 Ways to Increase your Healthspan 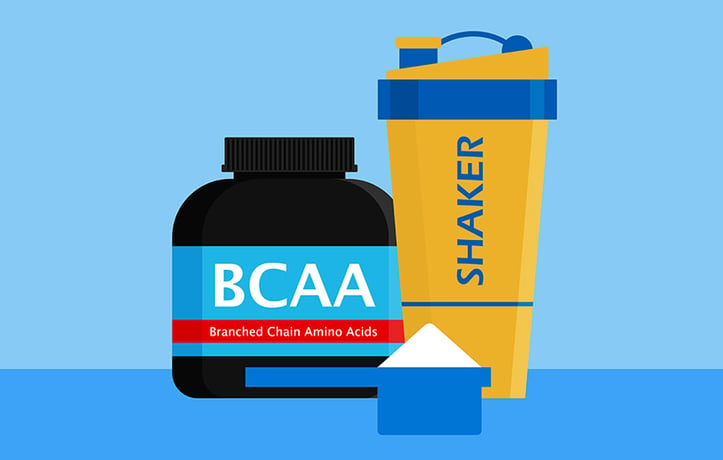 Branched-Chain Amino Acids (BCAAs): Do You Need to Take Them? 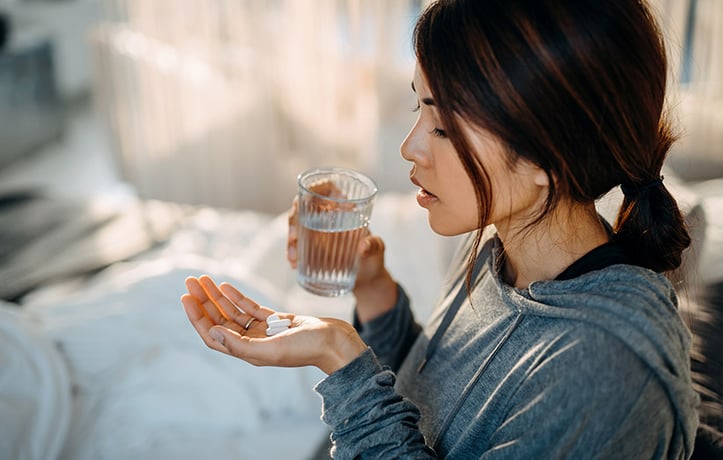 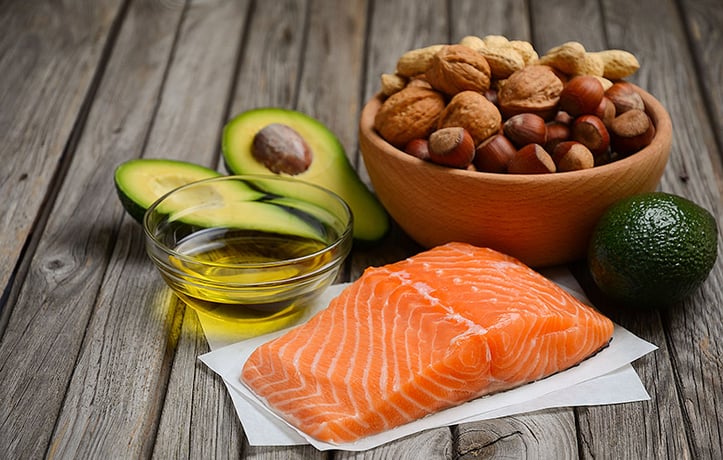 How Many Grams of Fat Per Day to Lose Weight?

Random Fit: Getting More from Your Core Workouts

Strong Mind. Strong Body: Facing Anxiety in the Aftermath of the Pandemic