A Gut Check on Gut Health: What You Need to Know

Each of us has held beliefs—obtained through observation, experience or even formal education—that were later found to be wrong. In fact, medical schooling begins with a warning:

“Half of all that you will be taught will be proven false in the future, yet
which half cannot be known at present!” Some recently “overturned” beliefs
involve the human gut microbiome, beginning with its scope, its diversity and,
currently, the various ways it affects and is affected by the body.

Here is a review of what is known now and what is currently under investigation.

The Big Picture: The Human Microbiome

The human microbiome, as a whole, is the population of all microscopic life-forms that live and thrive within the human organism. Each area of our body—such as skin, ears, lungs or gut—has distinct microbial populations and diversity. Even within an organ, the microbiome can be unique to specific anatomical locations.

Today, the human microbiome is considered an organ system,
revolutionizing our understanding of human health, disease and fitness (Baquero
2012). The human microbiome can easily and quickly be altered by an event or
events like the introduction of antibiotics. This is, of course, also true of
the subsets of this system, including the microbiome in the human gut.

The human gut microbiome contains several types of microorganisms, including bacteria, viruses, protists, fungi, parasites and prions (Alberts et al. 2002). A limited number are known to be pathogens, or microorganisms that can cause disease. Often a select strain or subspecies will give rise to a specific disease; for example, the microbe Salmonella typhi causes typhoid fever. If a type of microorganism is known not to cause harm, it is labeled a commensal and, if beneficial, it is called a symbiont.

For many years, it was believed there were only several dozen species of microbes
in the gut, largely because of the ways microorganisms were identified.
Traditionally, methods involved adding a special stain to a sample or observing
the growth of colonies on a medium such as blood agar.

When
gene sequencing was introduced, it allowed identification of microbes by their
DNA and RNA. Scientists soon realized that the species count of gut microbes
was actually in the millions. (Thus, until all species of gut microbiota
are identified and investigated, our attempts at manipulating the gut
microbiome with probiotics and other measures may lead to unintended
consequences.)

DNA sequencing also led to another discovery about the diversity of microbes in the human gut. For decades, the classification system of life on Earth has included
several domains, further subdivided into kingdom, phylum, class, family, order,
genus and species. Then, in the late 1970s, Carl Woese, PhD, at the University of
Illinois, Urbana-Champaign, discovered the ancient domain archaea (Sapp
& Fox 2013). For many years, archaea were believed to be bacteria, but when
their DNA was sequenced, they were found to be more alien than any form of life
yet discovered.

Archaea are extremophiles—microorganisms able to survive in extreme environments (Rampelotto 2013). They have been found living in rocks, ocean floor volcanic vents, boiling mineral springs and even outer space. In fact, the new science of astrobiology considers them a prime candidate for the first life on Earth,
perhaps having arrived from another solar system. Interestingly, they are also
found in the human gut microbiome.

Recently,
some surprising discoveries were made regarding gene transfer, as well. The
belief that genes could pass to the next generation only by vertical
transmission (from parent to offspring) was overturned by Nobel laureate Barbara McClintock, PhD, who discovered “jumping genes”
(Ravindran 2012). These genes allow horizontal transfer of genetic
information—that is, between two different species!

HOW GENES AFFECT THE GUT

Microbiome genes are essential for human survival. Genes from the microbiome—as well as from one’s diet and environment—may be active, be horizontally transferred or act as epigenetic influencers (Carbonero 2017).

The biodiversity of food sources exposes the gut to millions of unique genes from
tens of thousands of species and cultivars.

Although there are concerns about ingesting genetically modified organisms (GMOs), they have been consumed for more than 10,000 years in various forms, from cross-bred cereal grains to livestock (Oliver 2014).

Further, an international collaborative research
program called the Human Genome Project discovered that 8% of the human genome is not of human origin and was horizontally transferred from ancient viruses, thus making humans fit the designation of GMOs. Additional research suggests that an even larger percentage of the human genome may have originated in other species (Horie et al. 2010).

The Impact of the Gut on the Body

There are several pathways of communication
between the brain and gut, the most prominent
being the vagus nerve (Breit et al. 2018). Of the active two-way communication, over 90% is from the gut to
the brain (Bonaz, Bazin & Pellissier 2018). The gut microbiome houses some
70% of the immune system (Vighi et al. 2008) and communicates with the immune
system, lymphatic system, endocrine system (hormones) and circulatory system. Metabolites, neuro­transmitters, hormones,
cytokines, electrical signals and inflammatory markers are generated by the gut
microbiome itself—or from gastrointestinal cells influenced by it.

In the
months and years to come, evidence-based science will identify specific strains
of microbes as pathogens or symbionts, allowing therapeutic modification of the
microbiome. Here are a few things currently known and under investigation.

Leaky gut syndrome. The gut microbiome affects the tight junctions that maintain the integrity of the gut barrier. When tight junctions are weakened, gaps between the cells of the intestinal lining may lead to “leaky gut syndrome,” which allows microbes, metabolites and toxins to pass from the digestive system into the bloodstream.

Obesity. The gut microbiome aids in the digestion of food. Calorie and nutrient absorption, glycemic index and energy regulation are dependent on more than the food consumed. These functions also depend on the diversity of the gut microbial population, with specific species and strains of microbes extracting more calories from foods than others, potentially contributing to obesity as well as type 2 diabetes and metabolic syndrome.

Scientific evidence supports the belief that
the greater the diversity of the gut microbiome, the healthier the individual
(Lozupone et al. 2012). Although this is not proven knowledge, working toward
eliminating antibiotics (as well as artificial sweeteners and herbicides, which
have antibiotic properties) from the food supply would seem logical, since
antibiotics kill friendly gut bacteria as well harmful ones (Prashant et al.
2012). It would also seem prudent to encourage microbiome diversity through the
consumption of a variety of fermented and gut-friendly foods, such as kimchi,
yogurt and sauerkraut.

Unfortunately,
the probiotic industry has a profit motive—of about $50 billion per year
(Turner 2016)—to turn this logic on its head, encouraging the consumer to
swallow a commercial product that contains billions of just one (or a few)
microbial species—every day, indefinitely. Doing so, however, tends to support
microbial uniformity of the gut, which is the opposite of the desired
diversity. That said, the odds of the microbial species in a yogurt being
exactly the ones that the gut microbiome needs for optimal health would be like
winning the probiotic lottery.

Simply put, our health and well-being may be dependent on our microbiome diversity. Thus, when it comes to probiotics, we would be well served to follow the wisdomof the great 18th century Scottish enlightenment philosopher David Hume: “A wise man proportions his belief to the evidence.”

It’s a small world after all—­especially in the microbiome!

Learn cold facts about nutrition hot topics with the NASM Nutrition Certification. Find out how you can become a Certified Nutrition Coach Online in as little as 12 weeks.

Joseph Weiss, MD, FACP, FACG, is a clinical professor of gastroenterology at the University of California, San Diego. He is a noted professional speaker, author (smartaskbooks.com), consultant and advocate.

Danielle Weiss, MD, FACP, is clinical assistant professor of endocrinology and metabolism at the University of California, San Diego. She is also medical director and founder of the Center for Hormonal Health and Well-Being in Encinitas, California (centerforhormonalhealth.com). 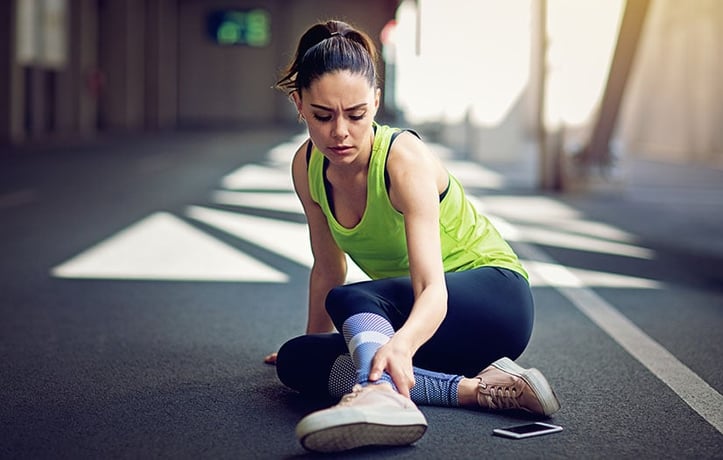 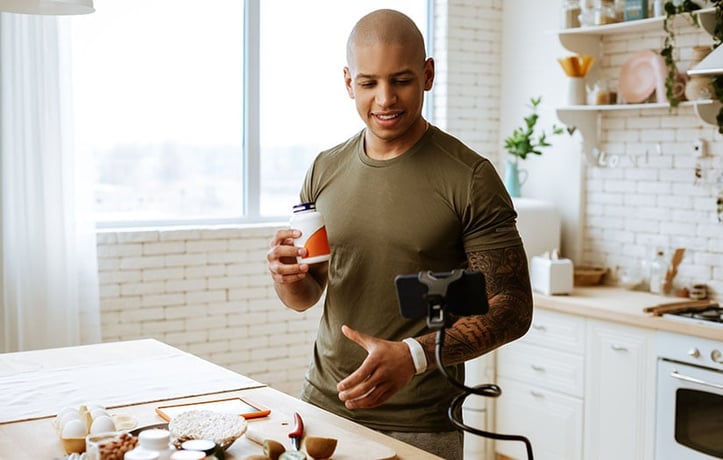 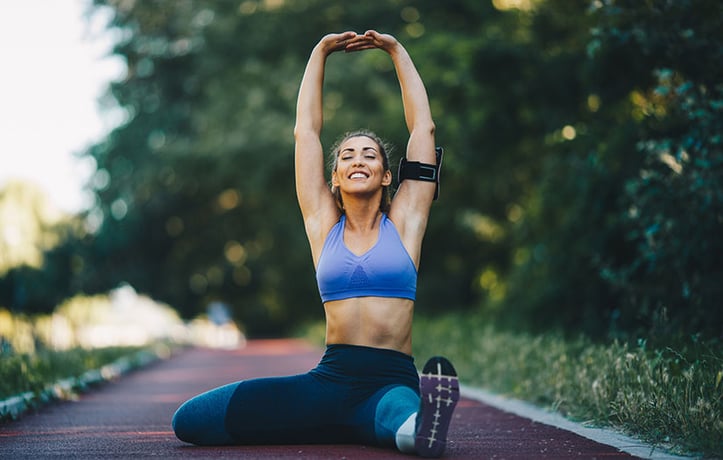