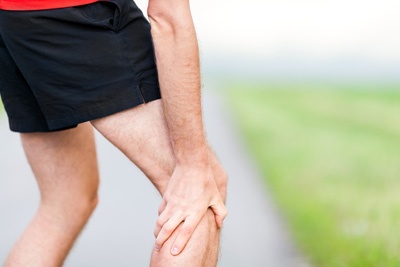 Running tops the charts as one of the most popular fitness activities. According to Running USA, women are out-participating men in road races at every distance except the full marathon. Even for teens it is one of the most participated in sport. But as runners increase their mileage, the chance for injury increases, especially if they have underlying kinetic chain dysfunctions. Here we’ll explore the more common overuse injuries fitness professionals should be on the lookout for and what can be done to help their running clients prevent them from happening. For committed runners, rest is a four-letter word, and the last thing they want to do is stay off their feet.

Some of the more common running related overuse injuries include patellofemoral pain syndrome (PFPS), IT-band syndrome (ITBS), shin splints, and plantar fasciitis. We’ll take a look at what they are and what can be done to help prevent these mileage stoppers. As you’ll see, performing an overhead squat assessment or single-leg squat assessment will help identify the clients that could be at risk for these injuries along with corrective strategies to apply (1). Key identifying compensations will be knees that move inward and feet that flatten, but each client may have additional kinetic chain dysfunctions that will still need to be addressed to run straight.

PFPS occurs due to a variety causes, ranging from overuse to direct trauma. Clients with PFPS typically complain of pain when going down stairs or squatting, even driving or sitting for long periods of time may illicit pain (1,2). A larger Q-angle (the pull of the quadriceps and the axis of the patellar tendon, from the hip to the tibia) is typically associated with the anterior knee pain of PFPS (1,2). This larger Q-angle and increased knee valgus leads to abnormal lateral tracking of the patella in the femoral trochlea and increased loading on the medial side of the knee (1,2).

Other issues to address with PFPS include hamstring tightness, weak hip musculature (abductors, external rotators, and quadriceps), and altered muscle activation (1,2). This was shown in a meta-analysis highlighting the contribution of muscle recruitment timing between the vastus medialis obliquus (VMO) and vastus lateralis (VL) as a factor to anterior knee pain (3). The conclusion being that there was a trend of delayed VMO relative to VL in those with anterior knee pain (3).

Since most muscles that act on the knee also act on other joints of the lower body, dysfunction can come from either above or below the joint, or both. Consider knee valgus which is influenced by weak hip abductors and external rotators (gluteus medius/maximus) accompanied by overactive hip adductors biceps femoris short head, tensor fascia latae (TFL), VL, and the lateral gastrocnemius (1,4).

The iliotibial band (IT-band) is the ligament on the outside of the thigh that runs from the hip to the tibia. It can become inflamed and irritated as it rubs against the lateral femoral condyle causing ITBS. This pain on the lateral side of the knee, also referred to as Runner’s Knee, is an overuse injury most commonly experienced by long distance runners, cyclists, and triathletes. Typically it is associated with an increase in training volume and/or abnormal running mechanics (1,2,5).

Research has indicated weakness of the hip abductors, tightness of the TFL, increased internal knee rotation, and low hamstring strength compared to the quadriceps in ITBS (1,6,7). During assessments such as the overhead or single leg squat, clients at risk of ITBS may display an inward knee compensation. Tightness of the IT-band is also associated with PFPS (8).

Shin splits (or more clinically, medial tibial stress syndrome) is an overuse injury typically experienced by beginning runners, but also by more seasoned runners as they increase their mileage, training, or even change running surfaces. It is an irritation of the periosteum in the tibia, causing pain and tenderness along the medial tibia, typically the distal third, during or after activity. Caused by too much running too soon, overpronation has been linked as a risk factor, as has increased passive inversion and eversion range of motion at the ankle joint and internal and external rotation at the hip (1,5).

The plantar fascia runs along the bottom of the foot, from the calcaneous to the metatarsal heads, supporting the medial longitudinal arch. Plantar fasciitis occurs when this tissue becomes inflamed and irritated. It is a common cause of heel pain- especially in the morning when first stepping out of bed. Pronated feet and a lack of ankle dorsiflexion have been associated with plantar fasciitis, as has a high BMI. Corrective stretching strategies for plantar fasciitis focus on the gastrocnemius and soleus, and recent research indicates hamstring stretching as well (1,2,9).

Though most of these common running issues can be addressed with rest, reducing mileage, and or cross training, preventing them is a better approach. By taking your client through a series of postural and movement assessments, you’ll be able to identify potential risks for running injuries and utilize corrective strategies to keep them on their feet!

Below is a sample corrective exercise program for a client with knees that move inwards. 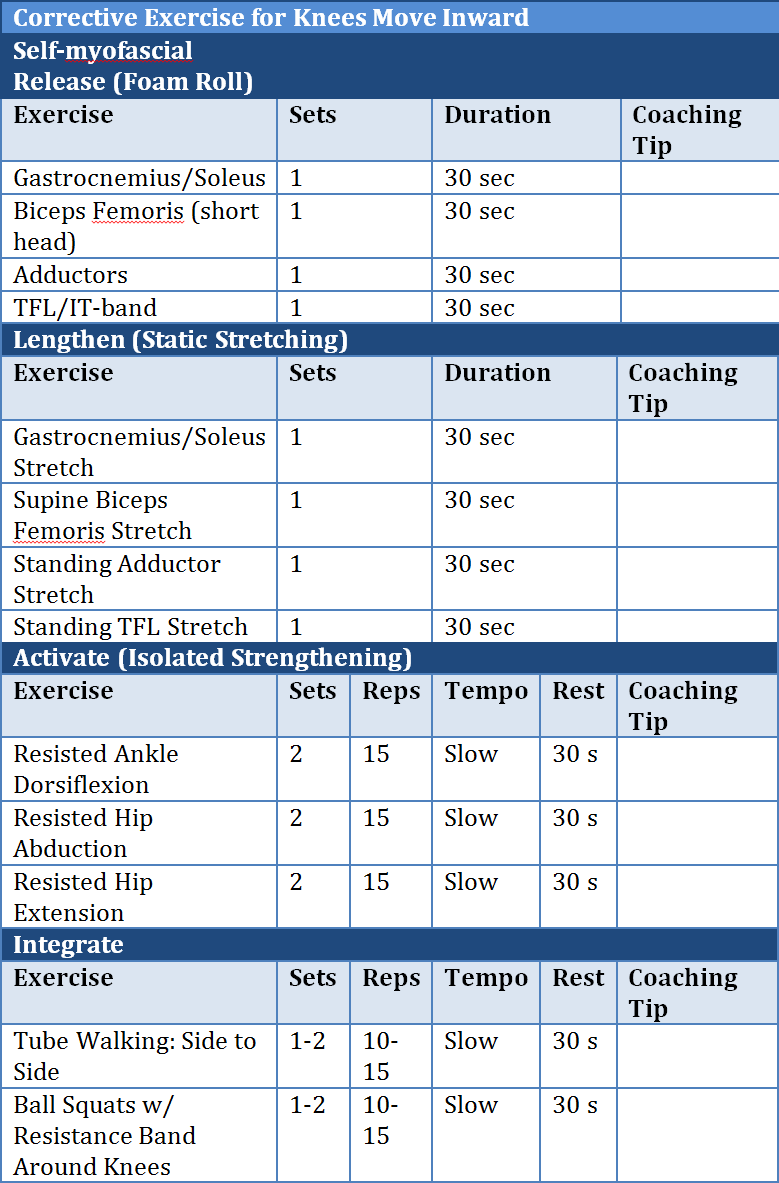 Hydration for Health and Performance 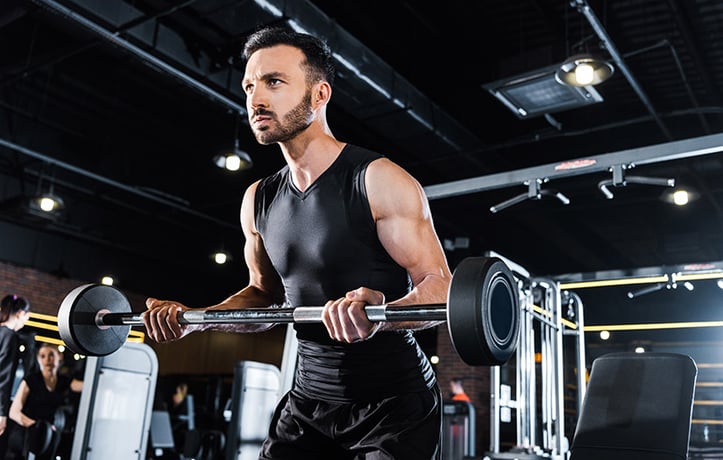 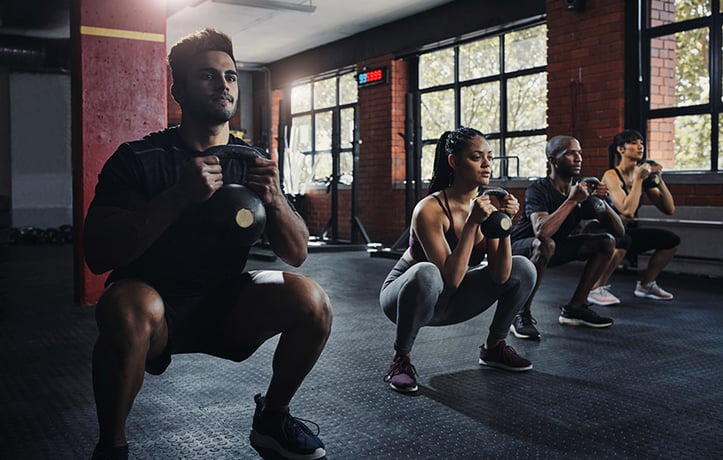 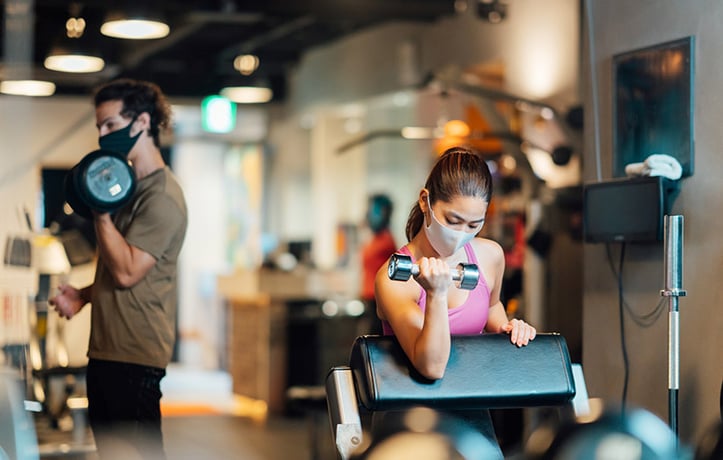 Working Out After COVID: Recommendations for Post-Coronavirus Exercise

Random Fit: Getting More from Your Core Workouts

Strong Mind. Strong Body: Facing Anxiety in the Aftermath of the Pandemic