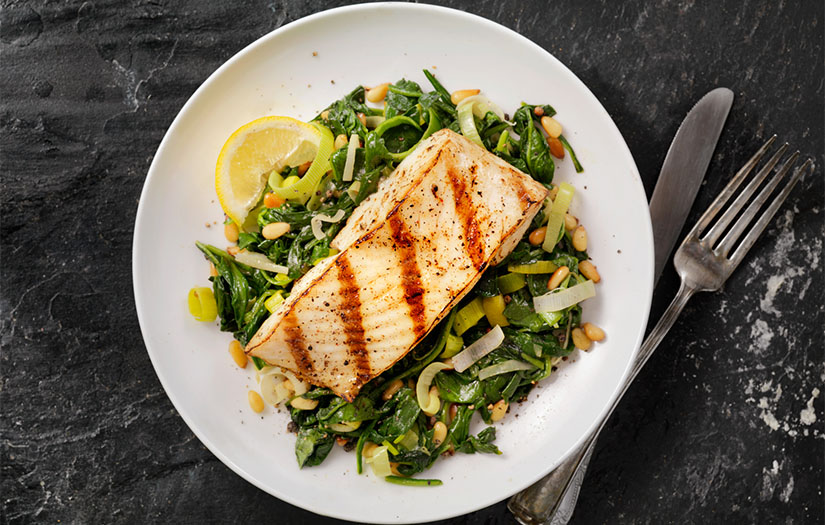 A fundamental attribute of fitness has always been our relentless pursuit of new ideas when it comes to programming. Whether evolutionary or incremental in nature; trend or fad, we appear to thrive on challenging the status quo in our quest for better, bigger, stronger or faster.

Outside of wearable technology, perhaps the biggest fitness trend over the past few years has been the rising popularity of shorter, more time-efficient, interval-type workouts performed at higher intensities or work-rates (e.g., Tabata, HIIT).

Although this training format is by no means new, dating back to the early-to-mid 1990s in sports conditioning, it is its recent introduction to the general public that has escalated the significance in this exercise modality.

What might have started with our obsession with weight loss; tracking activity and calories; and our lack of available time to exercise; has now shifted our entire philosophical approach to exercise programming and casts greater attention on metabolism, the energy pathways and fuel utilization.

Furthermore, this has also spurred interest in a variety of non-traditional practices such as fasted cardio and ketones. Unfortunately, the complexity of these biological systems has also generated much misinformation and misunderstanding on these topics as well.

And, as fitness practitioners, we are held to a standard of providing evidence-based education and programming to the public, and therefore need to understand fuel utilization and the respective roles within the energy pathways. It is the intent of this  article to present key essentials of our energy pathways and discuss the popular practice of fasted cardio.

As illustrated in Figure 1-1, the aerobic pathway produces large amounts of energy, albeit it more slowly, and can utilize all three macronutrients as a fuel source.

By contrast, the anaerobic pathways, comprising both the Phosphagen (immediate) energy system and the fast glycolytic pathway produce energy quickly, but in limited quantities, and can only utilize glucose as a fuel source (2). Given the scope of this article however, we will only review the aerobic pathway as it reflects the largest source of our calories in a day and involves all three macronutrients consumed in our diet.

Figure 1-1: Overview of the bioenergetics pathways

Aerobic respiration occurs within the mitochondria, the organelles located inside cells that produce energy. All three fuels however, undergo some primary preparation in order to prepare them for entry into the mitochondria. The pathways for all three macronutrients are illustrated in Figure 1-2, but before discussing each, let’s first define the fuels:

Figure 1-2: The metabolic mill - fuel utilization within the energy pathways 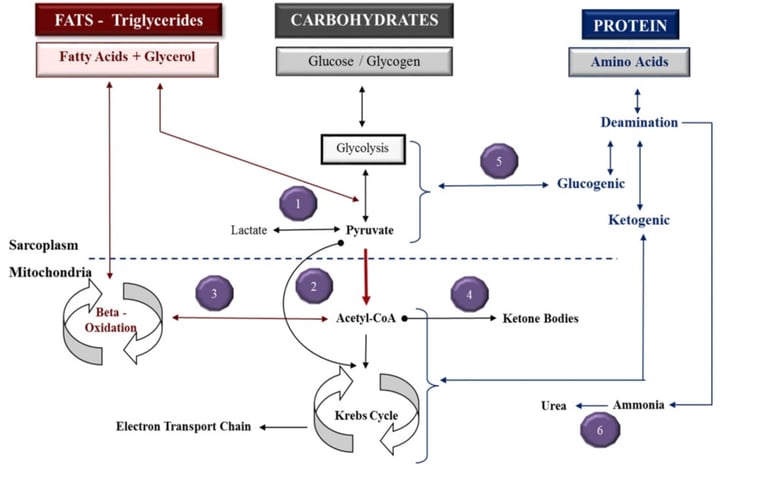 On first impressions, the metabolic mill looks complicated and confusing, but we will use an analogy that we are more familiar with to help understand its intricacies. Let’s start by looking at the Krebs cycle – it is the point where all 3 macronutrients converge in the mitochondria. Think of the Krebs cycle as a bar or night club, a location where everyone wants to meet.

Throughout our existence, humans have had to endure periods of famine, where food was scarce or absent. In the event that our available carbohydrates stores become depleted or scarce (think of carbohydrate restricted diets today), we limit the availability of single men arriving from the carbohydrate part of town. This forces a state of metabolic survival where the body is forced to adapt to survive and not perish.

So what becomes of the extra single ladies accumulating outside the bar who cannot enter on account of insufficient single men? The manager, in following city laws, informs these ladies that they cannot loiter outside the bar and must move away. To allow mitochondrial respiration to continue, the extra single ladies (acetyl-CoA) are converted to ketones which can then be removed from the mitochondria and placed to circulation via the blood.

This is illustrated by the number 4 in Figure 1-2 in part one. Ketones represent compounds manufactured as a result of incompletely metabolized fats (and possibly ketogenic proteins). The two primary ketones manufactured are acetoacetone and β-hydroxybutyrate which can be used as a fuel by almost every cell in the body except for the liver and red blood cells that need glucose (1, 2). Any ketones not utilized by the body are quickly converted to acetone for removal from the body because ketones lower blood pH (acidosis) which can lead to a life-threatening condition called ketoacidosis when they accumulate in large quantities. Acetone is the same compound found in nail polish remover and sometimes when ketone levels in the blood become elevated, a sweet ‘acetone’ scent might be noticeable in urine, breath or sweat, indicating a metabolic survival state.

Takeaway – all 3 macronutrients are indispensable in the production of energy, but the deletion or restriction of carbohydrates from the diet, especially for sustained periods can alter our normal metabolic pathways which can have significant consequences (i.e., promoting the concept of skinny fat by attacking muscle protein which in turn, will also slow metabolic rates in the body). 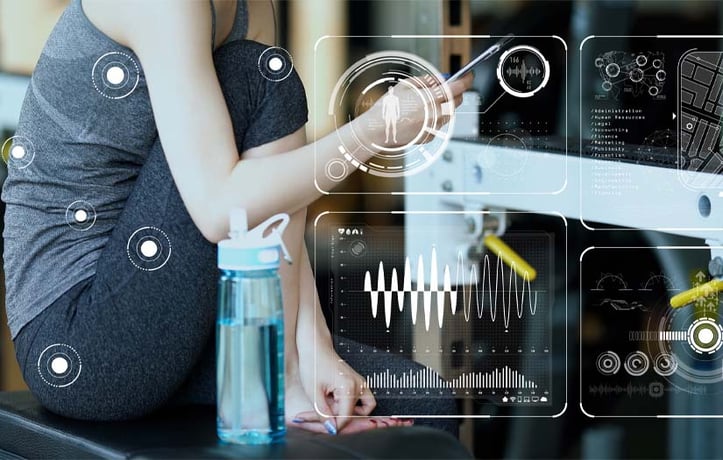 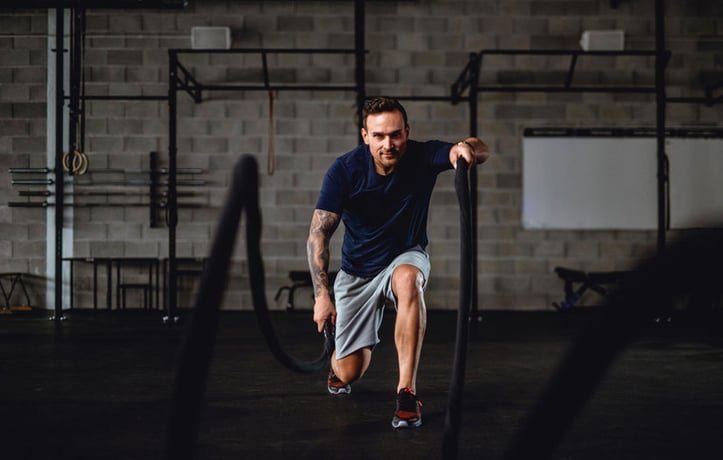 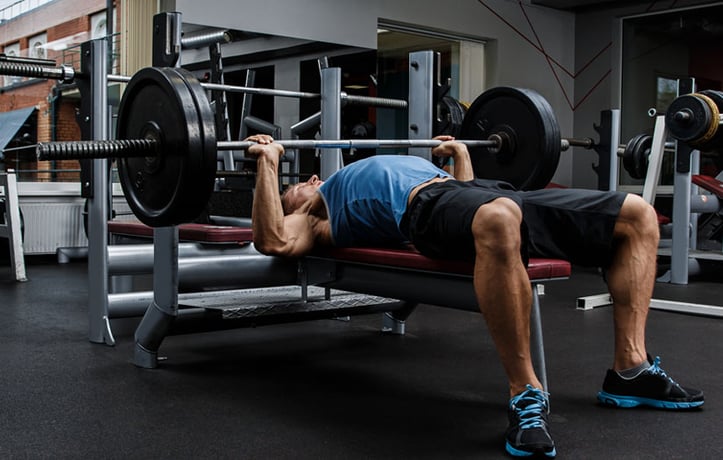