Alcohol and Muscle Growth: How it Affects Muscular Development 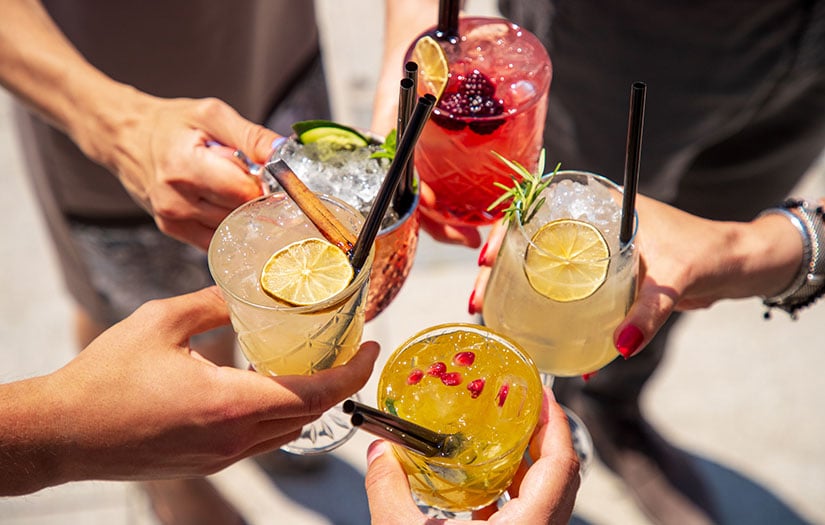 As you prepare yourself a nice dinner, you may think to pair the meal with a nice wine. Or perhaps the weekend rolls around and you plan social outings with friends or relatives, in which you think to indulge in a few drinks.

However, if you're in preparation for a fitness event or care a lot about your performance in the gym — can alcohol still be included in your diet?

Before we dive into how alcohol may affect your body, let's first review some basic alcohol metabolism.

Alcohol is highlighted in chapter 9 of the NASM Nutrition Certification Course.

A Closer Look at Alcohol & Its Effects on Our Bodies

Alcohol contains 7 calories per 1 gram or 0.04 fl. oz. When we consume alcohol, it travels to our liver to be metabolized. Alcohol is quickly broken down into ethanol, which is an extremely toxic by-product. The body's main priority after alcohol consumption is to metabolize the ethanol into other less harmful by-products which can potentially be used for energy. However, alcohol metabolism disrupts other metabolic pathways that are also responsible for energy production.

Okay, so alcohol interferes with our ability to digest carbs and fats… but does it affect muscle growth? Unfortunately, yes.

Muscle tissue is in a constant flux of building and breakdown. When we exercise, various signaling pathways are activated to release amino acids from our muscles to help build new ones. To BUILD muscle, we need to consume dietary protein. The process of building new muscle is called protein synthesis. When alcohol is ingested, it inhibits or disrupts certain signaling pathways that tell the body to build muscle.

#2 It Inhibits Signals for Building Proteins

Additionally, it is also speculated that because alcohol inhibits signals to build proteins — this allows for activation of molecules that are responsible for muscle wasting. While signaling pathways are disrupted, studies have shown that total amino acid content is not decreased.

However, it doesn't end there… Alcohol affects men and women differently…

How Alcohol Affects men Versus Women

Fun fact ladies! Alcohol seems to have a more profound effect on muscle metabolism in men!

In rat models, the effects of alcohol on protein synthesis were seen more commonly in male rats with little to no effect in females. In human studies, similar findings are still present.

In one study that looked at the effects of alcohol consumption in physically active males, there was a significant reduction in muscle protein synthesis (37%) when 1.5g/kg of alcohol was consumed after exercise. Even when 20-30g of protein was consumed in combination with alcohol, muscle protein synthesis was still reduced by 24%! For a man weighing 160 lb., that's roughly 8 drinks.

Another study that compared the effects of alcohol on muscle protein synthesis following exercise in both men and women, found that alcohol only affected signaling pathways in men but not women. However, it should be noted that women are more sensitive to the long-term health effects of drinking. So, ladies, still not an excuse to try and out-drink your male counterparts.

As you can imagine by this point if alcohol interferes with carbohydrate, fat, and protein metabolism it most likely interferes with our hormones as well. And you'd guess correctly because it does! Let's talk about our favorite hormone involved in muscle growth… Testosterone.

Both acute and chronic ingestion of alcohol lower testosterone. While the mechanisms aren't fully understood yet, studies in male rats have shown that alcohol use largely affects the hypothalamic-pituitary-gonadal system, leading to lower levels of testosterone, decreased sperm production, and altered production of other reproductive hormones. The belief is that alcohol damages the cells that produce testosterone and causes inflammation in the body that suppresses testosterone production.

And as mentioned, alcohol affects many other hormones that are responsible for your performance in the gym as well!

On top of the changes, alcohol induces on metabolism and hormones, it also creates damaging products in our body that damage cells. As mentioned previously, the body registers alcohol as very toxic. When alcohol is metabolized it creates reactive oxygen species, which are molecules that cause a lot of damage to other cells in the body.

So how much alcohol is too much? Where does the threshold exist before you start to do some serious damage to your fitness goals?

How Much Alcohol Is Too Much for Fitness?

Ideally, consuming 0.5-1g/kg of alcohol now and then won't reverse all your hard work in the gym. However, as that number increases to 1.5 or even 2g/kg some serious negative impacts are observed. Referencing back to the study mentioned earlier, 1.5g/kg of alcohol or 8 drinks for someone weighing 160 lb. decreased muscle protein synthesis by 37%! Imagine the level of damage that occurs when that number is surpassed?

Aside from muscle growth, excessive alcohol consumption also leads to fat gain. One of the metabolic products from alcohol breakdown is Acetyl-CoA. This molecule can be used to enter different energy pathways, one of them being triglyceride (or fat) formation.

Are there any hacks to alcohol consumption for fitness goals?

Well, to maintain peak performance in the gym, all alcohol should be avoided. However, some studies show if protein consumption is high and alcohol is consumed, the protein does seem to slightly blunt the damaging effects of alcohol.

Carbohydrate consumption combined with alcohol consumption seems to have no benefit in preventing muscle breakdown. The only benefit it will provide is to decrease the rate at which alcohol is traveling to the liver to prevent excessive alcohol in the bloodstream.

Overall, alcohol is not the most beneficial beverage when it comes to enhancing strength or performance. While it should be avoided, it's also very prevalent in the diets of almost every culture. So, drink responsibly and drink in moderation! 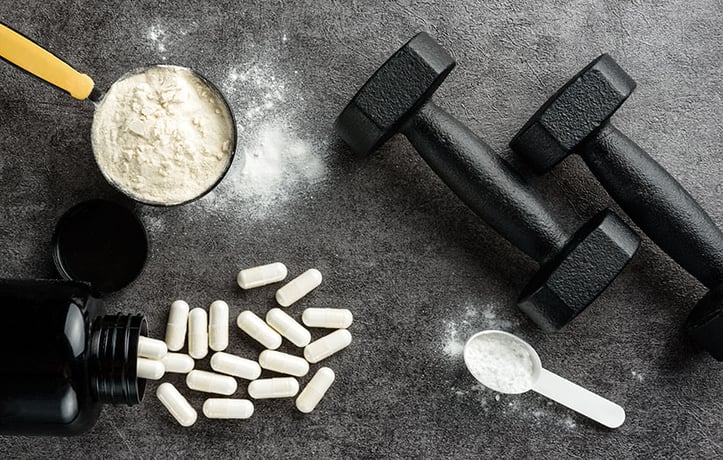