An Anti-Inflammatory Diet: What to Eat & Why It Matters 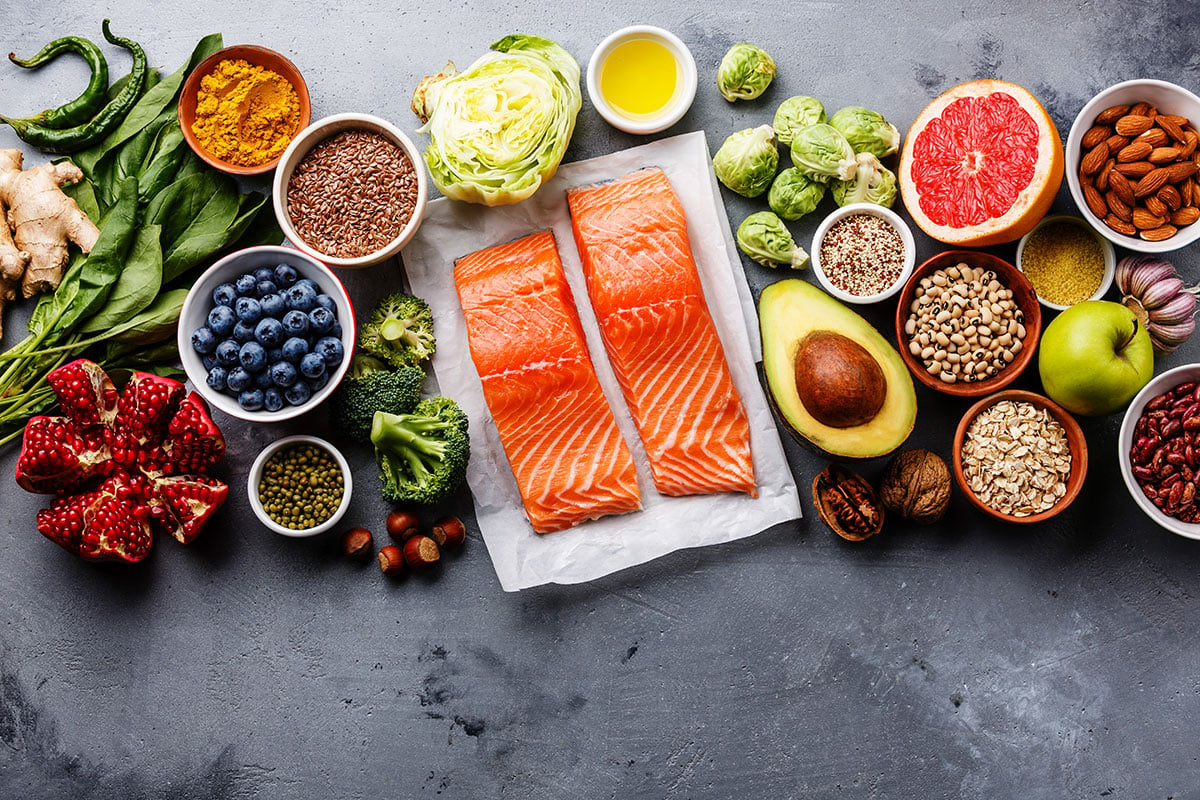 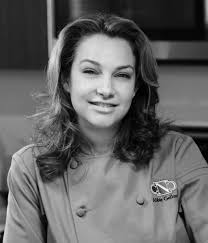 Originally appeared in the spring 2019 issue of the American Fitness Magazine. 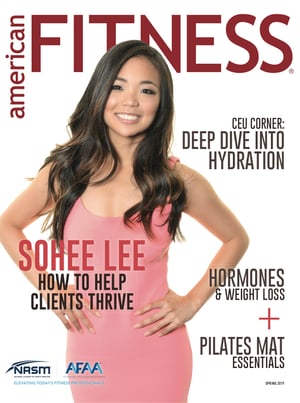 ankle or to skeletal muscles after an intense workout. However, there’s another type of inflammation that can have a big impact on you and your clients: the kind of chronic, systemic inflammation associated with a slew of health conditions and diseases.

You may have heard that this type of inflammation—a byproduct of chronic physical or psychological stress—can be quelled with exercise. Recent research shows that moderate treadmill exercise boosts immune cells’ production of compounds that regulate both local and systemic inflammation. In fact, in as little as 20 minutes, scientists saw changes in inflammation biomarkers (Dimitrov, Hulteng & Hong 2017).

Generally, complementary dietary changes can enhance the benefits of exercise and, in the case of inflammation, provide an additional means to prevent or reverse it.

While there is not necessarily one “anti-inflammatory diet” to be followed, there are many best practices that are fairly easy to employ. Here’s a little introduction to the world of anti-inflammatory food and nutrition. If you're a nutrition specialist, your clients will benefit from anti-inflammatory adjustments to their diet.

First, What Is Inflammation?

Inflammation is an essential natural response within the human immune system. The immune system’s role is to limit physical damage from illness or injury by recognizing and responding to dangers like viruses, bacteria, toxins and even foreign bodies like a splinter. For example, when the immune system senses an immediate threat—like a cold virus or cell damage from a cut—it triggers something called an inflammatory response. The purpose of this response is to stimulate the affected cells to release chemical warriors, such as histamines and prostaglandins, to protect against intruders while attracting white blood cells and their infection-fighting antibodies.

These processes play a crucial role in wound healing and are useful mechanisms for destroying invading microorganisms (Anft 2016; NIAID 2013). Calling all of these helpers to the scene causes fluid to leak from the bloodstream into the surrounding tissues. The resultant swelling—aka inflammation—helps contain the damage, like wrapping a breakable object in bubble wrap.

In the case of athletes, this inflammatory response can also accompany exercise-induced damage to skeletal muscle tissue caused by an intense workout (Stoecklein, Osuka & Lederer 2012; Nunes-Silva 2014). This does not mean that exercise is bad, but it does mean that inflammation can actually be both good and bad for you.

When Is Inflammation Problematic?

Sometimes the immune system triggers an inflammatory response to something that is not an actual threat. For example, people with allergies have a violent storm going on within their bodies, with their immune system attacking substances like pet dander, dust and pollen. In people with autoimmune diseases, which include some types of arthritis, the immune response is directed at healthy body cells, causing inflammation (Arthritis Foundation n.d.). Inflammation can also be a reaction to chronic stress, which inhibits the hormones that normally suppress immune responses. This is a little like opening the floodgates of a dam.

While the inflammatory response is vital when the body needs to address an immediate concern (injury or infection), health problems can arise when inflammation doesn’t abate. Chronic inflammation has been linked to the onset and progression of many types of disease, including diabetes, cancer, cardiovascular diseases, arthritis, inflammatory bowel disease and obesity (Liu, Wang & Jiang 2017; Arulselvan et al. 2016).

Why Is Chronic Inflammation Bad?

During times of chronic stress, there is increased energy demand on the body, resulting in a higher uptake of respiratory oxygen or a “respiratory burst.” To deal with it, the body generates “free radicals” called reactive oxygen species (ROS).

As a refresher: A free radical is a molecule that is unstable because of an electron deficit in its outer orbital layer. In search of stability, the free radical will link up to another molecule nearby to “borrow” an electron. This can start a cascade of damage as the “attacked” molecule (having lost an electron) now becomes a free radical itself and seeks to glom onto yet another molecule. The resultant chain reaction can lead to damage in all parts of the affected cell and, eventually, cell death. This series of events also causes inflammation as the body attempts to deal with the onslaught (Arulselvan et al. 2016; Biswas, Das & Banerjee 2017).

But it doesn’t end there: While free radicals trigger inflammation, inflammation can likewise trigger the body’s production of free radicals, specifically ROS. This ­vicious cycle of chronic inflammation sets the scene for chronic disease (Biswas, Das & Banerjee 2017). By reducing inflammation, however, we can reduce oxidation—and vice versa.

Where Diet Comes In

The words “oxygen” and “oxidation” bring us to the topic of antioxidants. Antioxidants are compounds that can prevent tissue damage (including inflammation) by linking up with, destroying or preventing the generation of free radicals (Biswas, Das & Banerjee 2017). The exact mechanisms behind this are not completely understood. Antioxidants may blunt the effects of an immune response, short-circuit the inflammation pathways or processes in play during the response, or prevent inflammation from occurring in the first place (Zhu, Du & Xu 2017).

There is no magic bullet or one magic superfood; however, these are some of the whole foods that have strong anti-inflammatory properties:

The best way to obtain the necessary vitamins and minerals to combat inflammation is to implement a whole-foods diet that contains foods rich in phytochemicals—antioxidant nutrient compounds that have been found to have an anti-inflammatory effect. Because different foods contain different types of anti-inflammatory agents, eating a range of foods with anti-inflammatory properties is the best strategy.

Fitness professionals can benefit themselves and their clients by becoming familiar with the top 10 principles of an anti-inflammatory diet (see the sidebar, below). Guiding clients in developing these healthy habits should help them with chronic inflammation issues, as well as many of their fitness, weight and health goals. 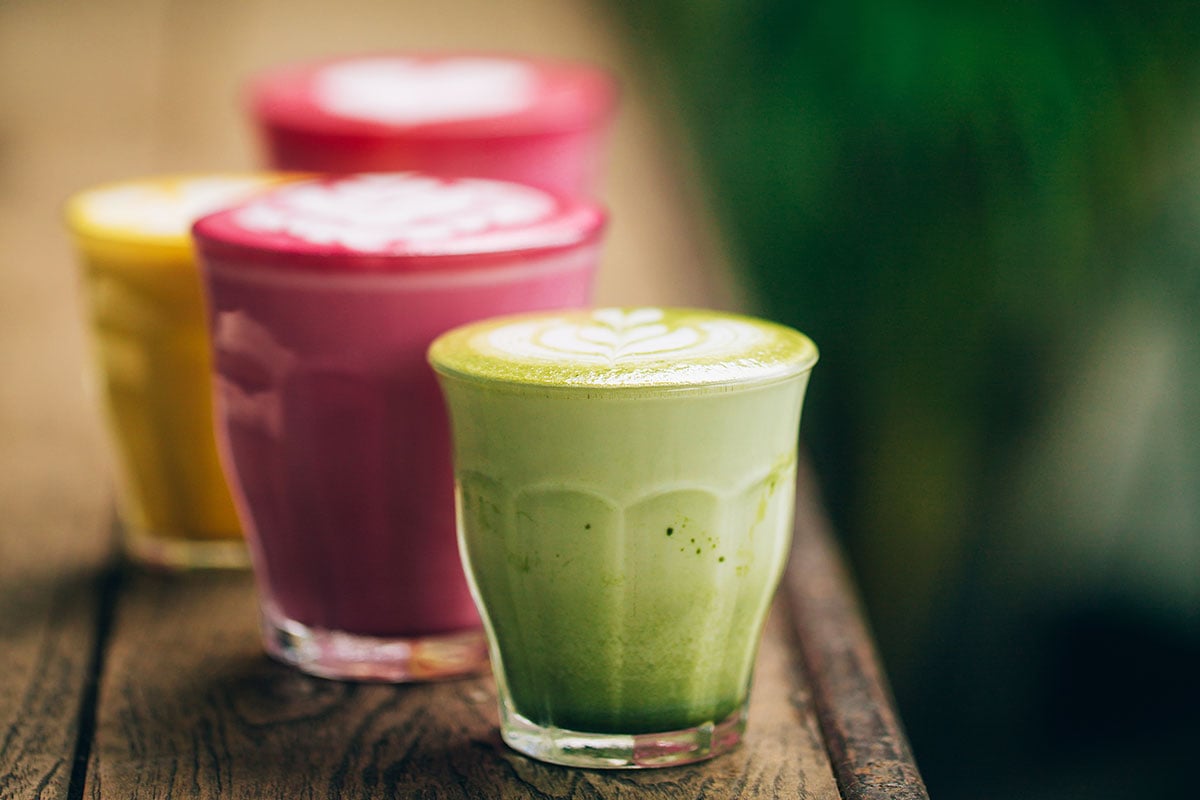 In many cases, the nutrients in anti-inflammatory foods may work by short-circuiting the inflammatory response, binding with free radicals and blunting production of the body’s chemicals that trigger and contribute to inflammation.

Top 10 Principles of an Anti-Inflammatory Diet

To get your fill of fiber, seek out whole grains, fruits and vegetables. A fiber-rich diet helps reduce inflammation by supplying naturally occurring anti-inflammatory phyto­nutrients found in fruits, vegetables and other whole foods. Research has found an inverse relationship between biomarkers of systemic inflammation and fiber intake: in other words, the more, the better (Nielsen, Trak-­Fellermeier & Joshipura 2017). 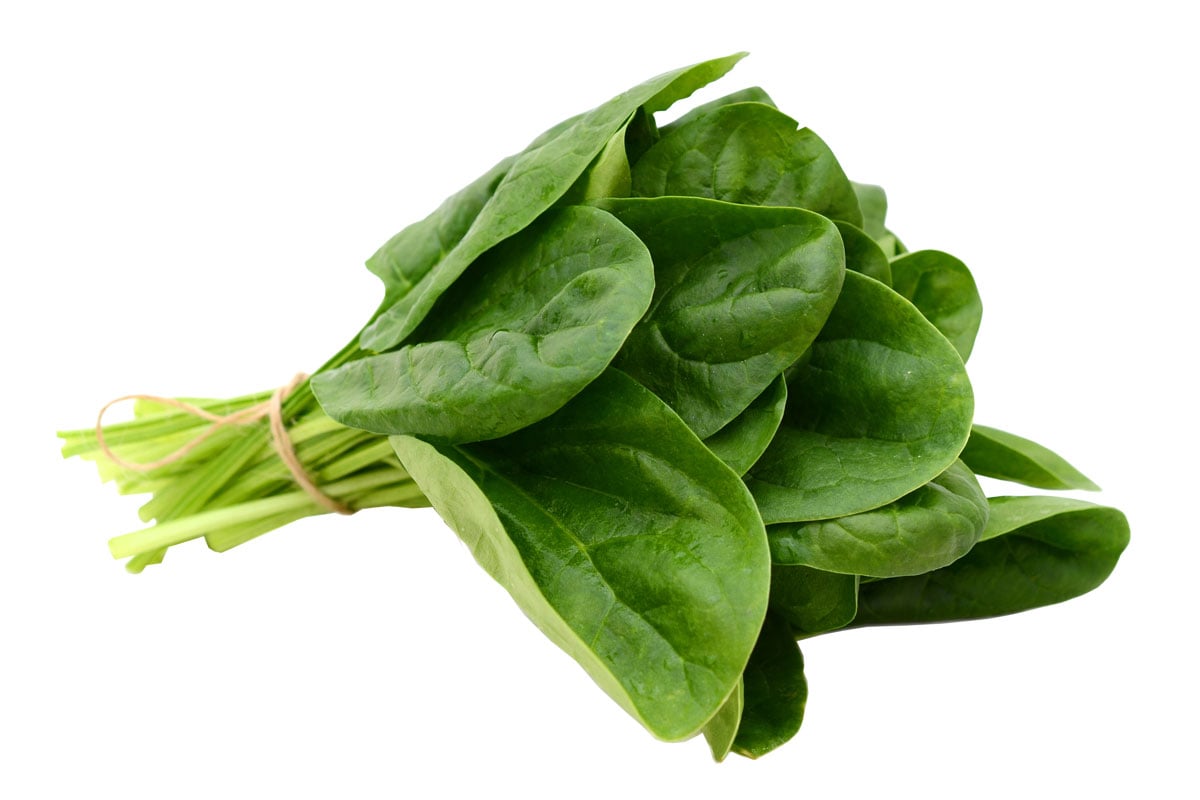 2. Eat a lot of fruits and vegetables

To boost your intake of anti-inflammatory antioxidants, consume at least seven servings of vegetables and two servings of fruit every day. One “serving” equates to half a cup of fruit or cooked vegetables or one cup of raw leafy vegetables.

Data suggest that the biomarkers of inflammation affected by whole grains are different from those affected by fruits and vegetables, so it’s important to consume both (Kopf et al. 2018).

Alliums include garlic, scallions, onions and leeks, while crucifers refer to vegetables such as broccoli, cabbage, cauliflower, mustard greens and Brussels sprouts. Alliums and crucifers contain powerful antioxidant properties, so be sure to weave them into your daily produce intake—to the tune of four servings of each per week. 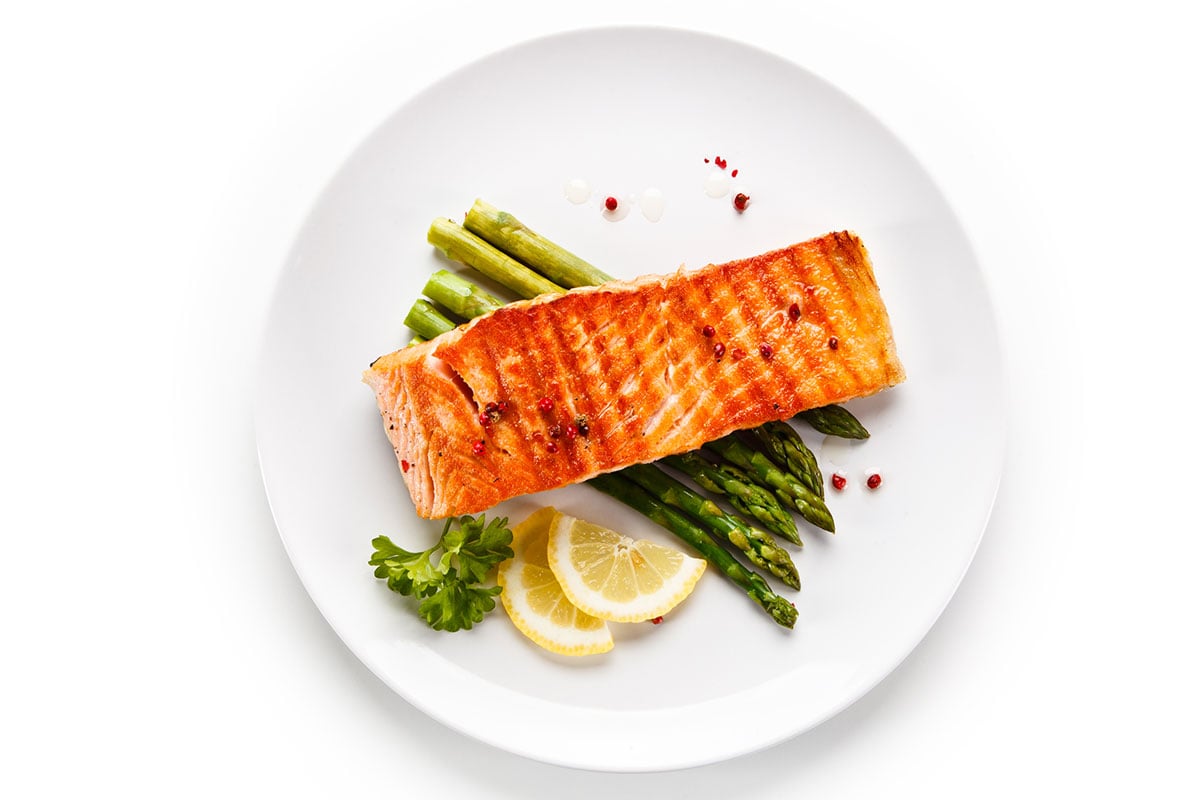 Aim to eat lots of foods high in omega-3 fatty acids. Examples include fish, flax meal and walnuts. For people who are vegan or vegetarian or who do not consume fish, taking a good-quality vegan omega-3 supplement can be helpful.

Research shows that omega-3 fatty acids reduce inflammation and may help lower the risk of chronic diseases such as heart disease, cancer and arthritis—conditions that often have a high-inflammation process at their root. Findings also suggest omega-3s help reduce the need for corticosteroid medications in people with rheumatoid arthritis.

Unsaturated fats come mainly from vegetables, nuts and seeds. They differ from saturated fats by having fewer hydrogen atoms bonded to their carbon chains. A study in The American Journal of Clinical Nutrition found that people who ate more nuts weekly had lower inflam­matory biomarkers (Yu et al. 2016).

6. Cook with herbs and spices

Many herbs and spices are known for their anti-inflammatory properties. These include chili peppers, cloves, cinnamon, turmeric, ginger, rosemary, sage and thyme.

For example, studies have shown that supplementing with curcumin, the active ingredient in turmeric, can help significantly improve inflammatory conditions like ulcerative colitis and rheumatoid arthritis (Hewlings & Kalman 2017). Capsaicin, a chemical in chili peppers, has also been found to intercept inflammatory pathways (Zimmer et al. 2012). 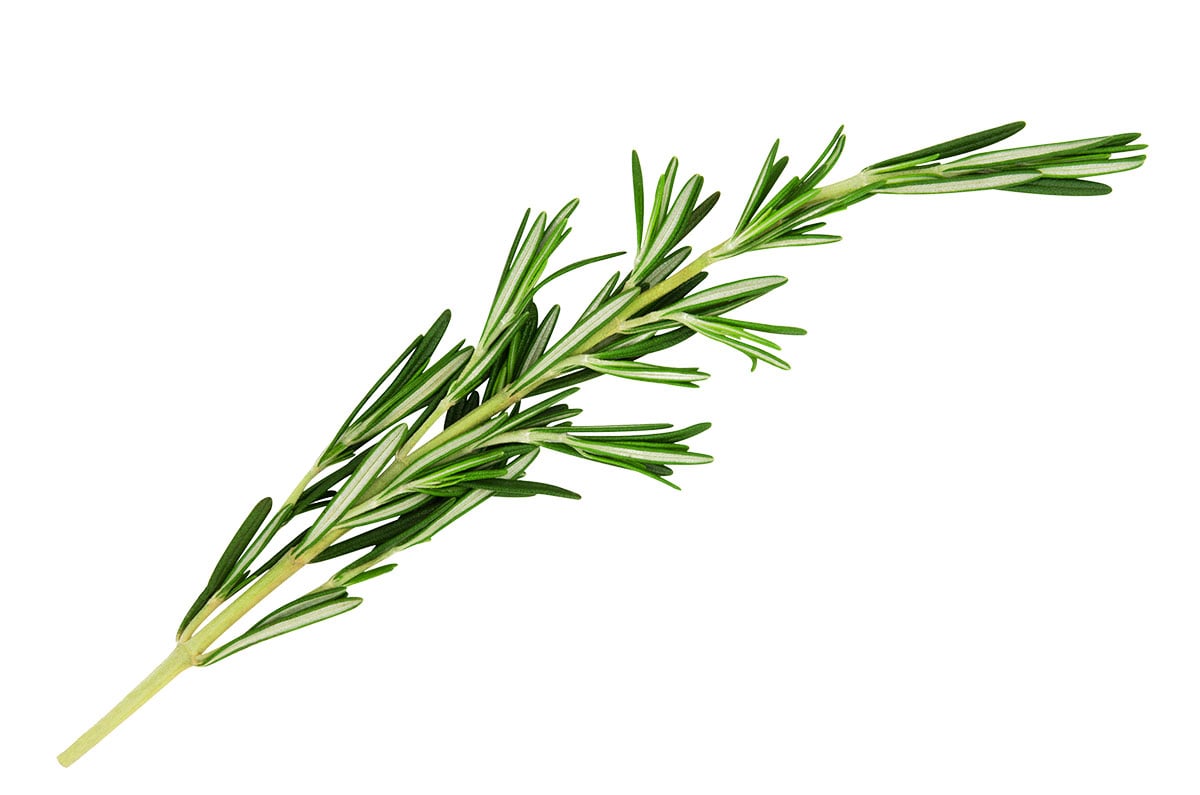 Hyperpalatables are processed foods, refined sugars and refined carbohydrates that generally contain excessive sugar, salt and/or fat. This includes any food that contains high-fructose corn syrup or is high in sodium—both of which contribute to inflammation throughout the body. Sugar can activate chemical signals that induce inflammatory pathways (Chen et al. 2018).

Saturated fats are primarily found in animal products; however, they are also found in tropical fat sources such as palm oil and coconut oil. Limit saturated fat to approximately 10% of daily fat intake.

One easy method is to choose protein sources that are lower in saturated fat, such as lean meat, poultry and fish. Several studies have shown that saturated fats create fat tissue inflammation that can contribute to heart disease and exacerbate overall inflammation (Giugliano, Ceriello & Esposito 2006). 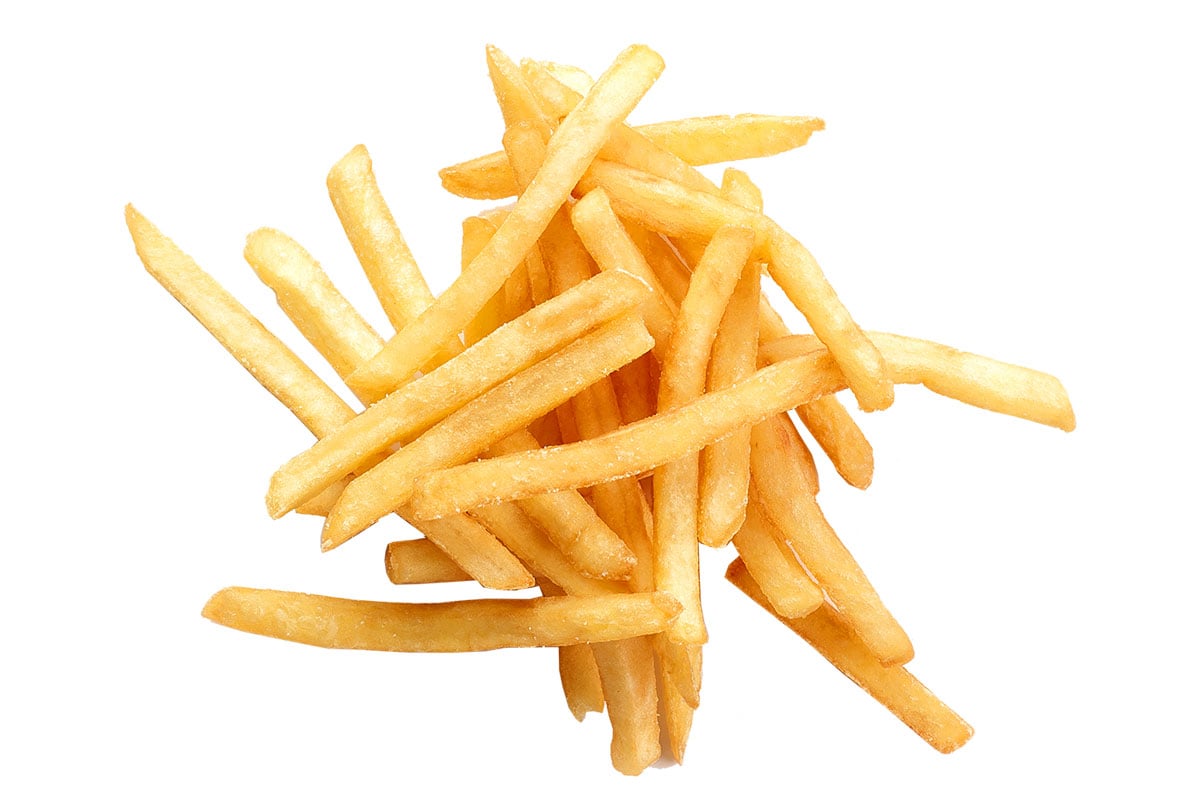 In 2006, the FDA required food manufacturers to identify trans fats on nutrition labels—and for good reason: Studies show that people who eat foods high in trans fats have higher levels of C-reactive protein, a biomarker for inflammation in the body (St. Onge et al. 2009). 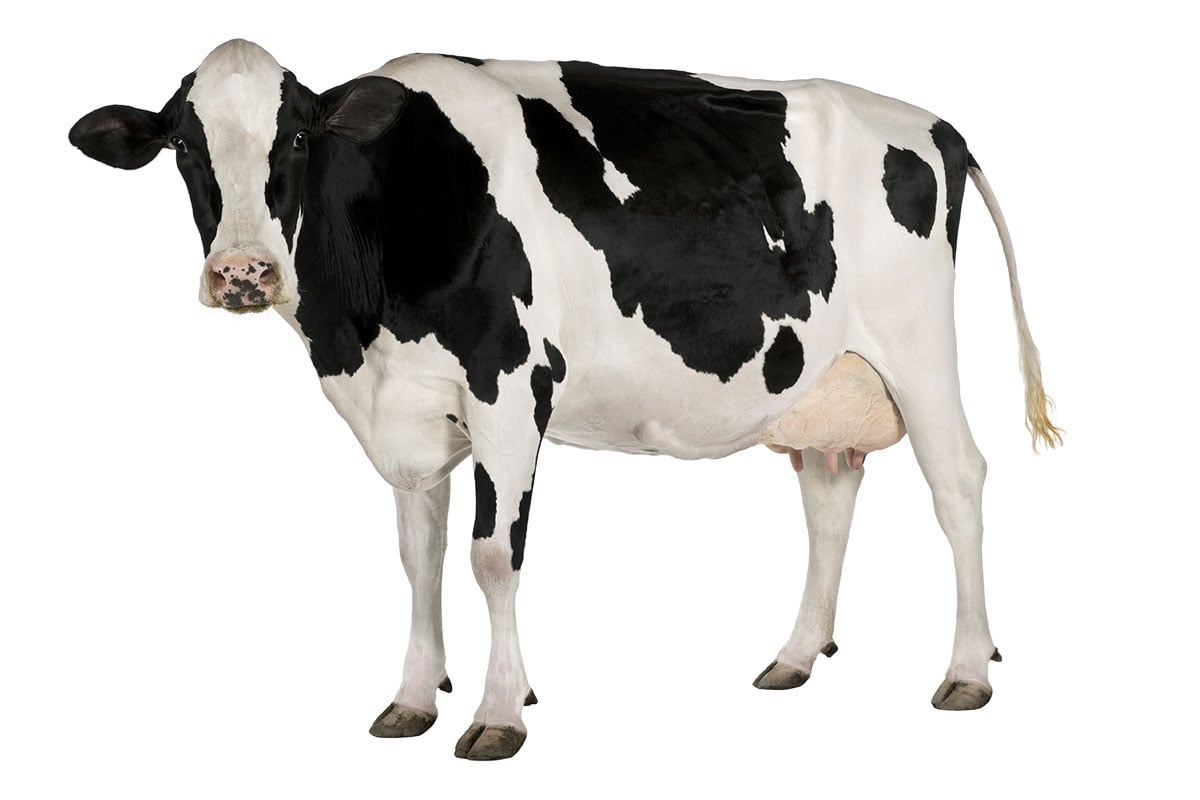 Some people have additional ­inflammatory issues or sensitivities. Here are three of the most common:

Gluten. In people with gluten sensitivity or celiac disease, gluten proteins are interpreted as a threat to the body. This launches an immune response that attacks the intestines, causes malabsorption of nutrients, and can lead to auto­immune disorders if left untreated. Dairy and casein.

Consuming cow’s milk may contribute to inflammation in your body if you are sensitive or allergic to lactose. Alcohol. Alcohol is known to contribute to many diseases and disorders, some of which are inflammation-based.

Putting the Principles Into Action

Many of these anti-inflammatory eating habits go hand in hand: For instance, by eating broccoli, you would be checking off these boxes: more fiber, lots of vegetables, and crucifers. For an extra punch, add anti-inflammatory herbs and spices—such as turmeric and ginger—to increase the antioxidant capacity even more!

If you are looking to become  a nutrition specialist, make sure you reach out and sign up!

Jiang, Y., et al. 2014. Cruciferous vegetable intake is inversely correlated with circulating levels of proinflammatory markers in women. Journal of the Academy of Nutrition and Dietetics, 114, (5), 700–08.

Nunes-Silva, A. 2014. Exercise-induced inflammatory response: To use or not use anti-inflammatory medication. Journal of Sports Medicine & Doping Studies, 4 (142).

Zimmer, A.R., et al. 2012. Antioxidant and anti-inflammatory properties of Capsicum baccatum: From traditional use to scientific approach. Journal of Ethnopharmacology, 139 (1), 228–33.

A Low-Carb Diet for Athletes?

Coping with Pressure, Anxiety and Adversity in Uncertain Times

Abbie is a Chef, a MS, RDN, CDN, and overall expert on cooking great, healthy meals. 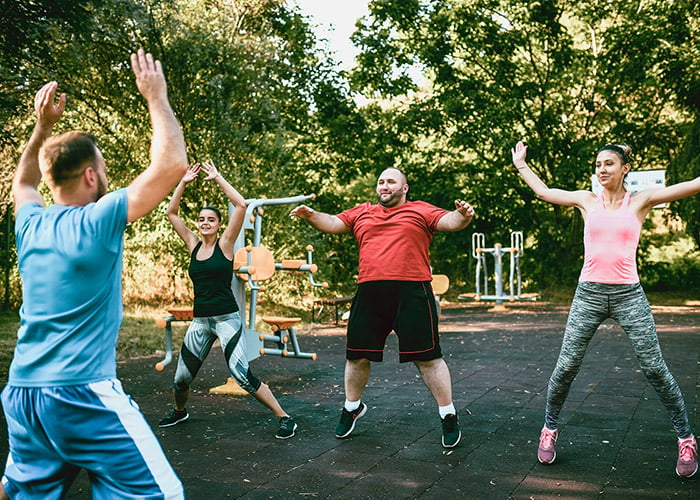 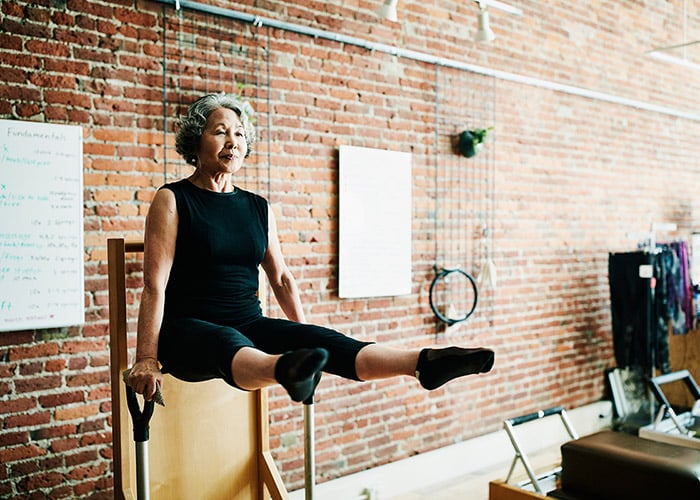