Addressing the Psoas in the NASM Corrective Exercise Model 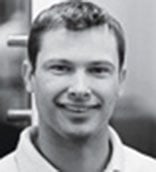 The psoas has been a target of much accusation and blame for causing altered movement patterns in the realm of human movement science, and for good reason. We are a hip flexed people, product of a chair-borne society. Until the societal paradigm shifts away from constant hip flexion, we in the personal training and fitness industries should do our due diligence to follow a supported model of corrective exercise (CEx). One that allows us to identify psoas dysfunction, develop a plan of action, implement CEx, and track client progress.

This article is designed to provide rationale and strategy for the implementation of the NASM CEx model for psoas dysfunction for traditional and performance-based programming, while also reviewing its sensory motor relationship to the entire kinetic chain.

Not just limited to poor movement patterns or ROM, a hypertonic psoas can be the source of low back pain, knee pain, hip impingement, and sacroiliac joint (SIJ) pain. The neuromuscular and sensorimotor feedback from a tight psoas can reciprocally inhibit the gluteus maximus leading to dysfunctional posterior oblique and lateral subsystems, synergistic dominance, altered force coupling, and arthrokinematic dyskinesis. The transverse abdominis can also be reciprocally inhibited in the lumbar region leading to intervertebral instability. It is also important to note that the psoas is generally not tight in isolation, meaning all the other hip flexor muscles are tight either neuromuscularly or mechanically via adaptive shortening. Other hip flexors include the iliacus, rectus femoris, tensor fascia latae (TFL), sartorius, and even the anterior adductors.

A short/tight/overactive psoas can have a significant effect on sports performance. When any well-functioning muscle is lengthened too much too quickly it contracts, but it does so earlier in the ROM when the muscle is short/tight/overactive. This premature activation immediately deactivates the opposing muscles. For example, if a basketball player is jumping, the stretch on the hip flexor shuts down the gluteus maximus, limiting the power producing jump performance that the gluteus maximus offers. The same phenomenon is present for a sprinter, or even a weightlifter to a varying degree.

The trainer must first identify tightness through static, transitional, dynamic, and specific assessments. Each of the general assessments will look for an arched back and an anterior pelvic tilt. A specific assessment puts the body in a position that the targeted muscle is preferentially tested. This limits the probability that another muscle beside the one being tested will be involved. An example of a specific assessment for the psoas would be the Thomas Test.

The first step in the NASM corrective exercise continuum, once assessment is complete, is to inhibit the overactive muscles with ischemic pressure (e.g., self-myofascial release). However, the psoas is difficult and potentially dangerous to have the client access through self-administered release techniques. This muscle can only be accessed through the abdominal cavity and is in close proximity to the common iliac artery, femoral artery, and part of the lumbar plexus. Only a licensed and capable soft tissue therapist should release this muscle.

Since psoas release cannot be self-administered we are presented with a caveat in our model. Instead, the other hip flexors (listed previously) may be released. These release techniques alleviate the side effects of active and latent trigger points, reduce adhesions and disrupt the cumulative injury cycles, and tone down hypertonic muscles. The neuromyofascial release of these overactive muscles is a preparatory technique for other corrective modalities. 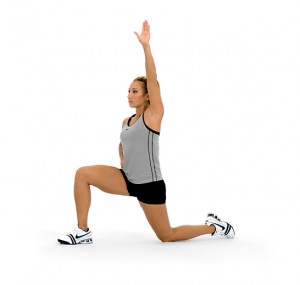 Now that the muscles surrounding the psoas have been released, we will be able to preferentially lengthen the psoas without the other tight tissues limiting our ability to stretch our target muscle. Static stretching is the most often employed lengthening technique because it provides the client with a means to stretch without partner assistance. Since the client may still have adhesions and trigger points in the psoas, an increase in the number of static stretching sets may help to desensitize the neural overactivity. The decrease in neural activation and increase in length will allow the hip to extend without preemptive facilitation while running, jumping or lifting.

The next phase in NASM’s CEx model is to activate the underactive and reciprocally inhibited gluteus maximus, which should be much easier to accomplish after the inhibition and lengthening techniques. A good gluteal activation exercise includes floor or stability ball bridges. The gluteus maximus should actively contract with minimal hamstring activity. Since the client is going into hip extension, they may also feel a stretch in the hip flexors. This exercise allows an isolated movement to be performed where strength can now be developed throughout the new found ROM. 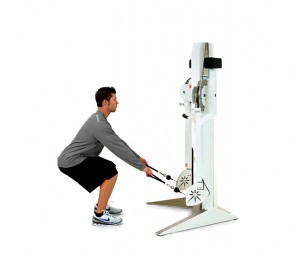 The final CEx component is providing the client with integrated movement patterns that coordinate upper and lower body exercises done concurrently. For instance, a cable squat to row allows the hip to dynamically move through a full ROM, while the recently activated gluteus maximus practices working with other muscles throughout the entire muscle action spectrum.

This allows the entire kinetic chain to rehearse intermuscular coordination and for the posterior subsystem to engage. The lateral subsystem would be engaged to a greater extent if the squat to row were to be done on a single leg. The psoas is no longer (or minimally) a movement inhibitor, and appropriate movement patterns, length-tension relationships, joint arthrokinematics, and force couple relationships can begin to reemerge to provide optimal athletic and performance based function.

Learn more about how a specialization in Corrective Exercise can help your clients to move and feel better.

MS, NASM-CPT, CES, PES, MMACS, LMT, is an NASM Master Instructor who enjoys helping clients with all areas of fitness–including their shoulders.