As featured in our nutrition course - Navigating Diets - which is a detailed sampling of the overall CNC curriculum.

To truly grasp the complexities of nutrition means learning what separates - and connects - the most common diets.

This blog post will introduce 4 common diets and their nutritional significance and  health benefits.

What is the dash diet?

DASH stands for the Dietary Approaches to Stop Hypertension. The DASH diet was originally developed to help people lower blood pressure without medication. It is based around a few small dietary suggestions:

The advantages of the Dash Diet

As shown in the infographic below, there are a few great advantages to the diet:

The paleo diet is a dietary approach that focuses on selecting foods that proponents of the diet claim humans were exposed to for most of our evolutionary history: meat, fish, vegetables, fruit, nuts, and seeds.

In its strictest form, it calls for the avoidance of grains, legumes, dairy products, and most conventionally processed foods. However, this commonly represented list of foods is not in concordance with the current evidence of what our ancestors likely consumed.

Is it a good diet for athletes? You might ask.

The diet itself is great for weight loss and as a strategy for getting more whole foods within your diet, but when analyzed by our experts, they concluded that the Paleo Diet might be hard to adhere to because of how high the energy demands are for typical athletes.

Check out our blog post on The Paleo Diet for Strength/Power Athletes and the infographic below for additional information.

A definition of a Gluten-Free diet

A gluten-free diet is simply a diet which cuts out gluten intake. Gluten itself  is the term used to describe a collection of proteins found in grains. In wheat, gluten covers two related proteins: gliadin and glutenin. Other gluten-containing grains include (but are not limited to) barley and rye.

This is a common dietary choice for those who suffer from Celiac Disease, which is an autoimmune disorder where the protein gluten causes the body to mount an immune response. This leads to damage to the small intestine.

Benefits of a Gluten-free diet

The benefits of a gluten-free diet are plentiful for those who have Celiac's Disease. And although the jury is still out on just how definitive the research is, even those who are not gluten-intolerant have reportedly experienced less intestinal distress - as well as a lessening of symptoms related to Hashimodo's Thyroiditis. 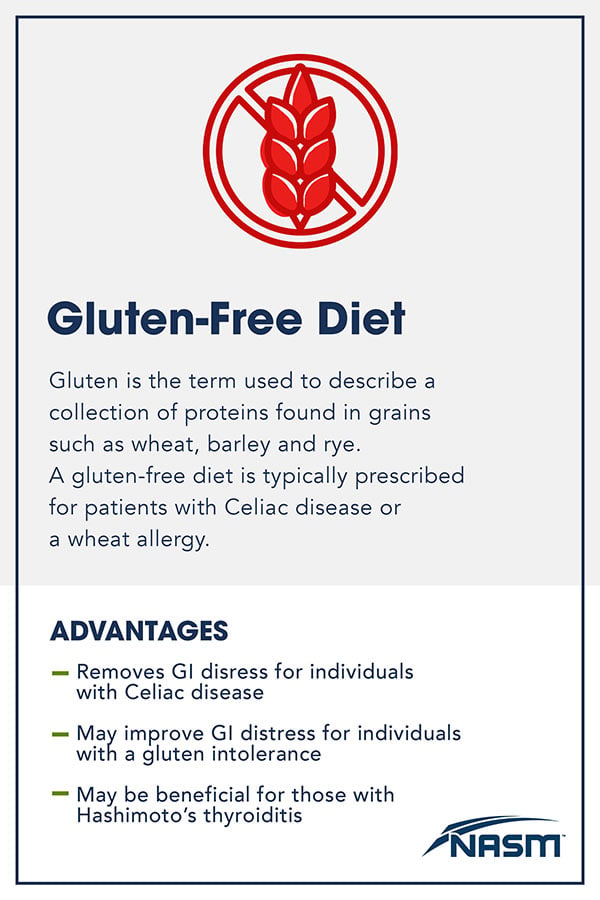 The Mediterranean diet was originally conceived based on observations of the good health experienced by populations living by the Mediterranean (predominantly Greece, Italy, and Spain). Plant foods such as fresh vegetables, fruit, grains, and nuts make up the basis of the diet in addition to liberal use of olive oil.

Fish, poultry, and dairy like cheese and yogurt are included in moderate amounts while red meat consumption is low.

See: What is The Mediterranean Diet? for more information. And check out the infographic below! 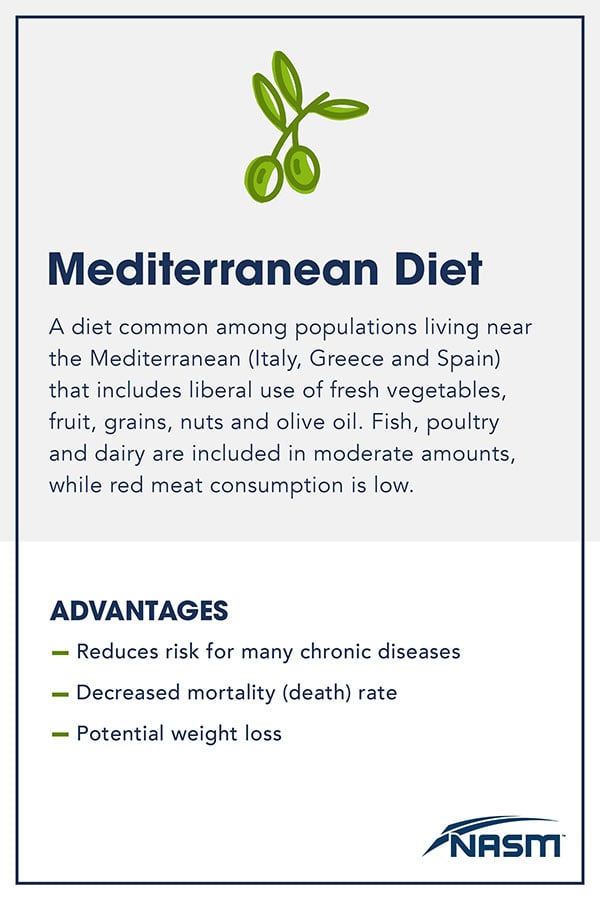 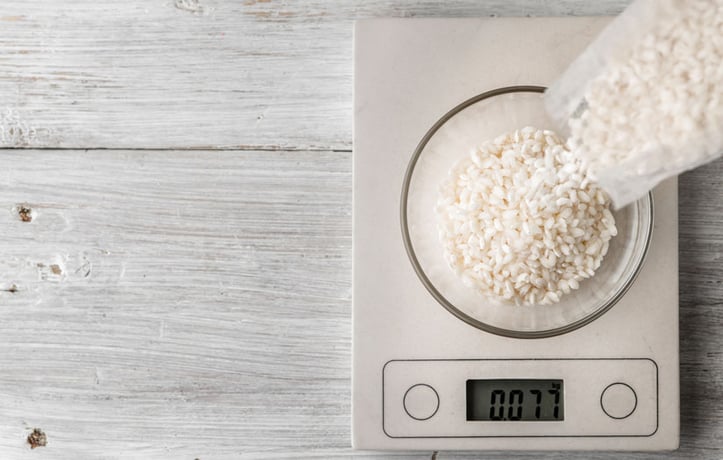