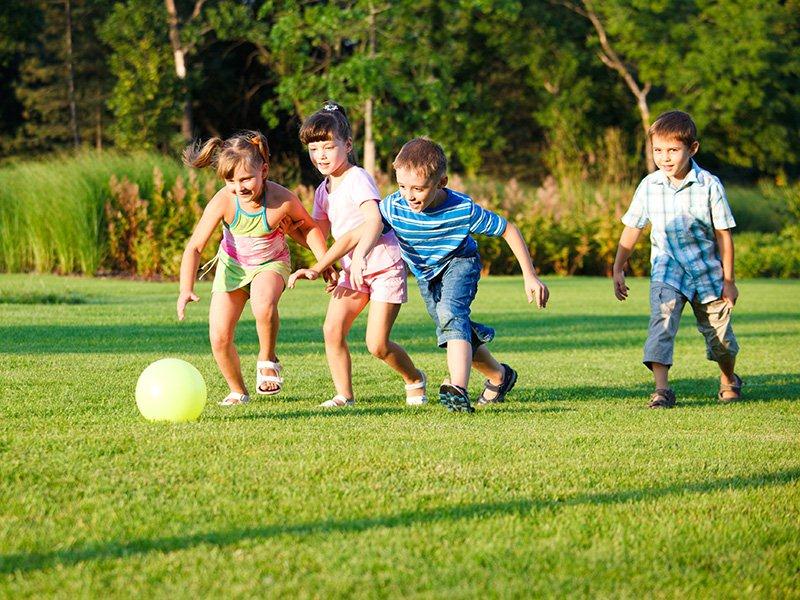 Daily active play and physical activity have traditionally been an important part of life for children and adolescents. The desire and need for children to move and play has decreased due to their passion for computers and social media (Faigenbaum, 2015).

Now more than ever, becoming a youth sports coach is a crucial consideration for all fitness professionals.

A report from the Centers for Disease Control and Prevention (2015) shares some troubling trends. Only 27% of students accumulate 60-minutes of physical activity daily, 52% of students participate in muscle-strengthening activities, whereas 41% of students play video or computer games for 3 hours or more per day.

If you have a child who attends K-12 schools, you've likely noticed your child does not get to participate in Physical Education (P.E.)/Gym more than once or twice a week. P.E. in schools, as we once knew it, is no more. Ideally, P.E. should be a system that helps students develop the knowledge and behaviors for physical activity, physical fitness, and motor skills. Nationwide, only 27% of high school students are physically active every day for 60-minutes, and only 3.7% of K-12 schools require daily physical education (Institute of medicine, 2013).

The second Physical Activity Guidelines for Americans was released in 2018, which offered suggestions for helping Americans stay healthy. The report includes recommendations for children and youth ages 6 to 17, which are as follows: Age-appropriate activities that are enjoyable, 60-minutes or more of moderated to vigorous physical activity to include, at least 3 days a week, muscle-strengthening activities such as push-ups, and other bodyweight exercises, at least 3-days a week of bone-strengthening exercises such as plyometrics and aerobic exercise such as running.

Current statistics of children and youth inactivity indicate an immediate need for fun and safe exercise opportunities for youth. (Smith et al., 2012). Fitness professionals are qualified to meet the needs of youth in need of appropriate exercise programs.

Training and participating in events for one specific sport for 8-months or more is considered specialization. The pressure to participate in one sport, and purposely excluding others, is believed to come from coaches, parents, and young athletes (Myer et al., 2015). It is heartening to watch a young athlete sign a scholarship and continue playing a sport they love. However, it is disheartening to watch parents force a child into one specific sport at an early age to receive that scholarship. Across the nation, specializing in one sport has become far too common for youth athletes. Interestingly, many of the injuries sustained by youth athletes today were once only seen in seasoned professional athletes.

Currently, it is thought that specialization is linked to increased injury and burnout. The current body of scientific evidence supports that single sport specialization has a negative psychological effect (burnout). In fact, burnout is the most abundant side-effect of specialization. However, increases injury rates are a close second. These burnout and injury rates are cause for concern and have led some sport governing bodies to institute restrictions designed to reduce such rates (Feeley et al., 2016). Although research on early sport specialization for youth athletes is limited, it is estimated that less than 1% of athletes who specialized in one sport at an early age advance to an elite level (Sugimoto et al., 2017).

A position statement from the American Medical Society for Sports Medicine concluded that there is no evidence that young children will benefit from early sport specialization, and specializing early may increase the risk for overuse injury and burnout (Difiori et al., 2014)

Is athleticism a learned skill or an innate ability?

Athleticism is a term that may be defined by thoughts or feelings, some may see it as a display of a skill, others may see it as a particular physical build. In a study conducted on genetic influence on athletic performance, it was found that few genes are consistently associated with elite athletic performance, and none are strongly enough to warrant their use in predicting athletic success (Guth & Roth, 2013). A major question that often comes up about a child's development is what's more important during development, genetics or environment?

This is the age-old Nature vs. Nurture controversy. Nature is the inborn biological make up, nurture is the physical and social world that influence behaviors (Berk, 2012). Have you ever watched children play and noticed one child with smooth rhythmic movement, gracefully running and reacting with precision? But then, you see another child of about the same age, who clods along awkwardly and seemingly has little precision of movement.

During early childhood, it could be argued that genes play a role in how well the child's gross motor skills are, nature. However, an opposing and perhaps more persuasive argument could be that the child with the smooth rhythmic movement was exposed to that type of activity at an earlier stage of development, nurture.

Myer et al. (2016) believed that well-rounded athleticism happens in young athletes through skill training that works a variety of muscle groups. Myer et al. further believes that such training might contribute to overall athletic capability. Interestingly, an athlete’s genetic profile may be impactful on overall performance but, according to Guth and Roth (2013), only when it is combined with the optimal training environment can the athlete reach elite performance.

Currently, there is a lack of consensus for a clear definition of agility (Sheppard & Young, 2005). There are some components of movement that may fall in line with what agility looks like, such as the ability to change direction or orientation of the body based on rapid processing of internal or external information, quickly and accurately without significant loss of speed (Mcgill & Montel, 2019).

When training youth in agility, coaches often use ladders, cones and small hurdles spread across a field with groups of youth athletes running multiple drills. While many coaches are well intended, the quality of movement is at risk of being ignored due to the focus placed the quantity of movement. The initial stages of agility training for youth should focus on the control of movement (Jeffreys, 2006).

Agility training for youth consist of short burst of movement that involves the change of movement direction, cadence, or speed (Smith et al., 2012). This movement can be seen on a soccer field where the athlete dribbles the ball down the field, a defensive player approaches, the offensive player stops the ball and cuts in another direction all while maintaining speed, balance, and coordination.

There is good evidence that the perceptual and decision-making element is important to agility performance; therefore, training should be prescribed to include cognitive decisions, physical capabilities, and technical skills (Young et al., 2015).

Core training is not about curling away with a bunch of sit up's or developing a showcase of abdominal muscles. The objective of core training is to uniformly strengthen the deep and superficial muscles that stabilize, align, and move the trunk of the body, especially the abdominals and muscles of the back (Clark et al., 2019). It’s often suggested that an athletes performance can by enhanced through a proper core training program, but an agreement that core training enhances performance is often debated (Haugen et al., 2008).

In prior studies have found that some core stabilization muscles were consistently activated before any limb movements. Such findings have led Okada et al. (2011) to conclude that that efficient balance between mobility and stability is likely to enhance functional movements.

NASM encourages exercises to follow a systematic progression through core training. Beginning with stabilization, which emphasizes the improvement of neuromuscular efficiency and intervertebral stability with exercises such as a plank. The first progression is to introduce dynamic eccentric and concentric movement of the spine through a full range of motion with an exercise such as a crunch or cable rotations.

The final progression includes introducing explosive core movements designed to improve the rate of force production with an exercise like a medicine ball soccer throw or medicine ball slam.

The debate on the specific types of core training exercises that maximize performance is ongoing. It should be considered that the improvements in functional movement, stability, and control from a core training program has an indirect impact on an athlete by helping the athlete stay injury free (Hibbs et al., 2008).

Joint stability and alignment is significant to jumping and landing, youth athletes should be training to develop a initial base of proper stabilization mechanics, balance and isometric stabilization strength, Phase 1 of the OPT model is an excellent way for youth athletes to develop these qualities (Clark et al., 2014). Also known as reactive or plyometric training, there are three components that must be emphasized: the loading phase, transition phase, and the unloading phase (Clark et al., 2014).

Children and youth naturally run and jump, through play; therefore, The best time to expose them to jump training may be during their formative years and progress them appropriately (Smith et al., 2012). 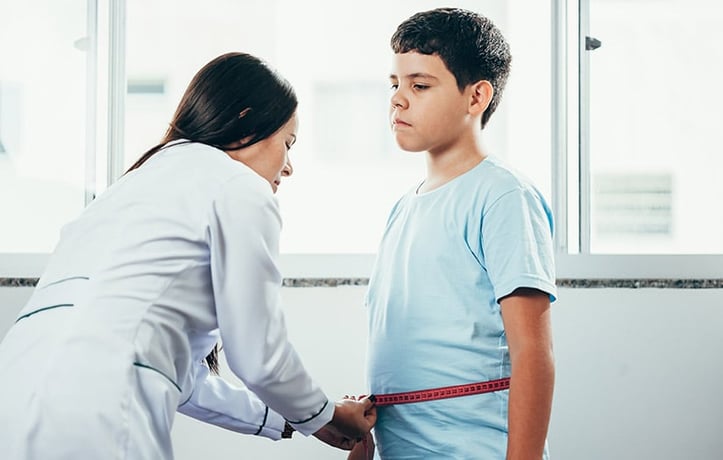 Youth Obesity: An Ounce of Prevention is Worth a Pound of Cure 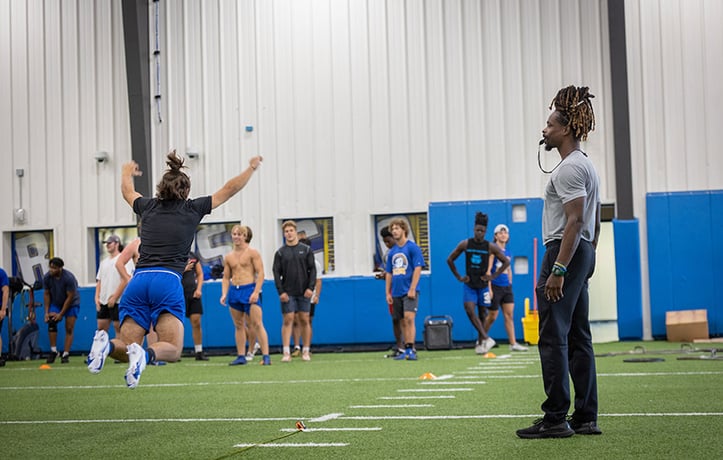 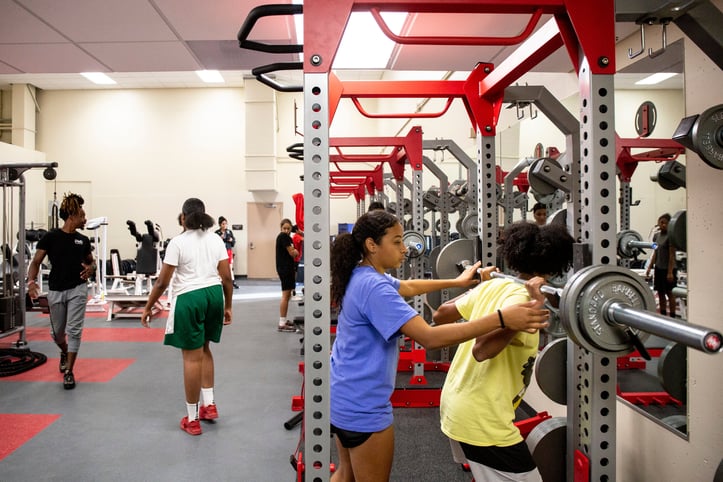 How to Become a Youth Sports Coach