Your Two Brains: How They Influence Your Health Decisions 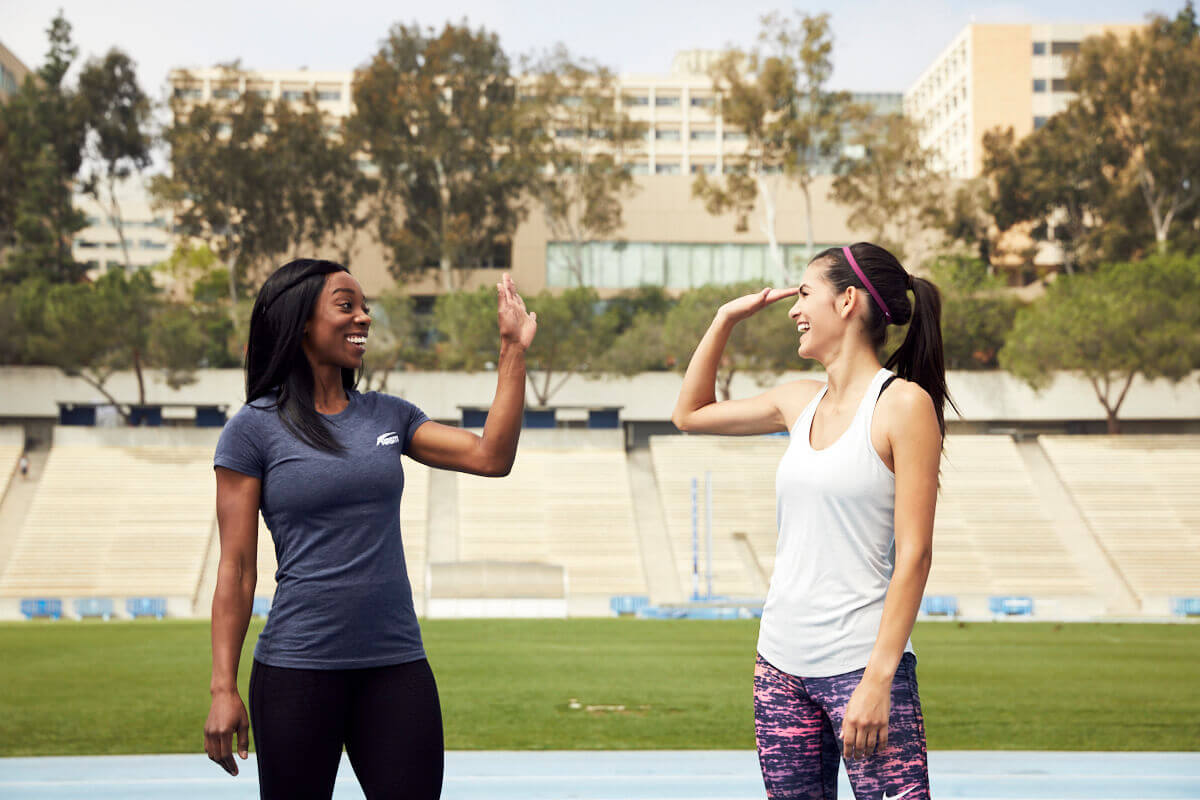 A hypothetical person, we will call him Justin, has a thought: he will wake up at 6:00 a.m. and go to the gym. He closes his eyes to sleep, filled with great intentions to exercise the next day. He even sets his alarm for 5:50 a.m. just in case.

In seemingly no time, the alarm goes off. He reaches over and hits the snooze button, thinking 'it can't already be the morning.' The bed is very, very comfortable. Eight more minutes, then gym time. But then when the eight minutes come around, the snooze button is hit one more time.

And then one last time for good measure.

He gets out of bed at 6:30 a.m. He can still make it, but he doesn't like to rush out of the house. He wants to have his coffee. He has two cups of coffee policy that he needs to fulfill before he can even think about leaving his place. There is this morning routine in place that he doesn't want to break. And just like that, 7:30 rolls around, and he has to be at work at 8:30. The gym just isn't happening.

While many theories place good intentions as the most proximal predictor of behavior, we know that people don't always follow through on their good intentions. Plans fail to account for a large portion of physical activity (Godin, 2008), and when people buy gym memberships, they intend to go over two times more than they do! (Garo, Masse, & Michaud, 2015).

If we always followed through on our analytical thoughts, or good intentions to reach our goals, well, we wouldn't be human.

We wouldn't be human because behavior is, in fact, the result of both conscious (those good intentions) and nonconscious processes. In their 1999 paper in Psychological Review, Metcalfe and Mischel describe a "hot" and "cold" system. The cool system is cognitive, and it is complicated, reflective, and slow. It's the one that makes plans to go to the gym. Stress impacts its effects on behavior. The hot system is reflexive and fast, and stress accentuates it. Cool systems are under cognitive control, whereas hot systems are more under stimulus control.

Dual-process theories state that we control behavior by two processes or 'systems': a deliberative or reflective process which is rational, deliberative, and conscious and an implicit or impulsive process which represents well-learned, spontaneous, and nonconscious influences (Hagger et al., 2016)

Friese and colleagues (2011) describe these conscious/cool and nonconscious/hot processes in a simplistic metaphor that is worth restating verbatim:

"Picture a rider sitting on the back of his horse on a great plain. The rider seems to be somewhat aimless, orienting himself on where to go next when the horse suddenly starts bolting, taking off in a direction the rider never intended to go. While the horse is getting wild and wilder, the rider can hardly keep himself on the horse's back. For future horse rides, at least three things would be helpful for the rider: First, a better idea on where to go; second, better strength to control the horse, and third, a tamed horse that doesn't willfully take off to anywhere it catches a glimpse of something interesting."

Nonconscious automatic associations (think the horse) are activated behavioral impulses (this bed is so comfortable) and evaluations (much more comfortable than the cold sweaty bench press). In contrast, the reflective system is more deliberate, analytic, and slow (think the rider). How do we explain the variance in physical activity/exercise or health behaviors in general that is unaccounted for by our good intentions, and tell how people follow through on their intentions when their self-control is low?

What might you do for the person who fails to exercise or eat a healthy diet? Maybe you would educate them, and maybe you would try to enhance their motivation.  These would be significant first steps, but changing conscious thought does not guarantee behavior change.

Every day is fraught with competing behavioral options. Imagine you had planned to go for a run after work but were asked to go out to dinner and drinks instead. People that have strong habits or positive evaluations towards running may be more likely to fight the impulse to join their friends for dinner and drinks.

Behavior is going to be determined by the interaction between our reflective and intentional processes and our more automatic processes. Stated otherwise, whether people exercise not only depends on their thoughtful deliberations but also their automatic cognitive processes and evaluations.

When considering the interplay between the two systems, the moderating effect of additional factors (i.e., stress) that dictate the relative impact of each process, to do this, a person may engage in self-monitoring. They would observe the events or stimuli that led up to a good goal-directed behavior, or the stimuli that contributed to the lack of goal-directed behavior.

Stimuli and Attentional Basis and What to do

For people with poor health habits, their "attentional bias" will be towards stimuli that are related to poor habits. For example, a person with a drinking problem may pay more considerable attention to a drinking relevant stimulus (i.e., the location of a bar, billboard advertising beer).

The person with no control issues may be able to walk down a city block with no concern towards the restaurants, bakeries, and cafes they pass. However, the person with an attentional bias towards unhealthy food will be bombarded with tempting stimuli because they are programmed to pay selective attention to these cues. Stimuli lead to cravings, and cravings lead to behavior to satisfy these cravings.

So what can people do to make it more likely that their good intentions will impact behavior and that stimuli will produce goal congruent behavior rather than goal incongruent actions? The following three strategies may help turn inclined abstainers into actors!

I In the case of hopping out of bed to get to the gym, you can not readily hide the temptation of more sleep like a jar of chocolates. Instead, this person may make more salient the positive cues that could contribute to exercise. Maybe, the night before they put their workout clothes on the nightstand.

Of course, if you can find a way to make your automatic system (the horse) excited to exercise, then your more deliberate side doesn't need to think much about what to do. The horse will take off in the right direction.

Desirable or undesirable outcomes from a behavior affect behavioral maintenance through learned associations (Rhodes & Kates, 2015). It would be entirely unsurprising if the automatic system were not interested in exercising if exercise always felt terrible or if the circumstances surrounding exercise were unpleasant.

This may be particularly important for people who are just beginning to adopt exercise. The person who has been exercising for an extended period may suck it up and go to a subpar facility if they need to. It won't break their exercise habits. But for new people, affect likely is quite essential if maintenance is the goal. Therefore, people should seek out affectively positive experiences.

Along with making positive cues salient, the well-intentioned exerciser may make plans to take advantage of both implicit and explicit processes. For example, implementation intentions are if-then plans that link critical situational cues to goal-directed behavior. Implementation intention formation creates an association between the signal (i.e., alarm going off, clothes on the nightstand) and the specified response (i.e., put clothes on, go to the gym).

Outsource Your Motivation (riders’ strength to control the horse)

If your rational side knows that exercise is good for you. Still, you cannot seem to muster up the strength to exercise consistently, and you should consider outsourcing your motivation to get accountability. The first step may be to ask a friend who is already consistently exercising to take you with them. You may be reluctant, but the first part is getting started.

You can further strengthen your rider's resolve by putting down a financial commitment. The person who puts a financial stake down on the morning class or personal training session is going to be more likely to attend.

Rhodes, R.E., Kates, A. (2015). Can the Affective Response to Exercise Predict Future Motives and Physical Activity Behavior? A Systematic Review of Published Evidence. 49:715–731

Even More Periodization and Programming

Sleep to Function Vs. Sleep to Perform 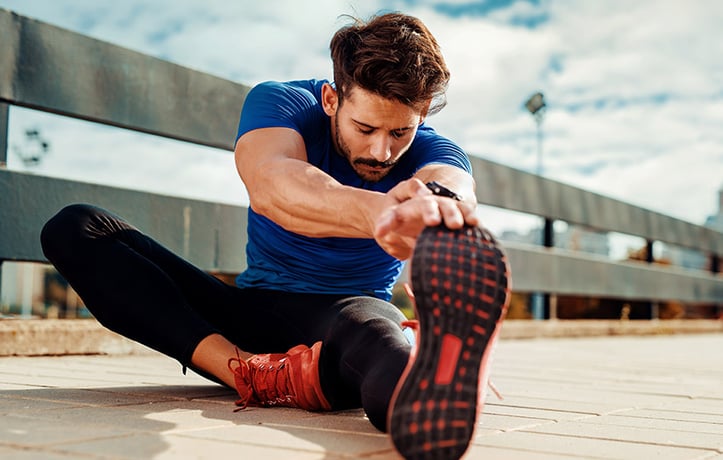 Active Recovery Workouts: What to Do on Your Rest Day 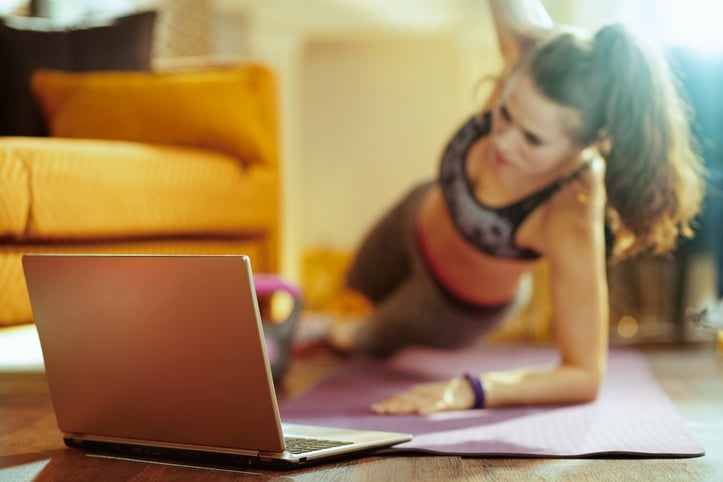 Online Personal Training: How to Build Your Business

Active Recovery Workouts: What to Do on Your Rest Day