The squat is a powerful move that can improve overall strength and flexibility. Here, Dino Del Mastro, NASM Master Instructor and doctor of chiropractic based in the San Francisco Bay Area, shares the proper form and a progression of squat modifications to challenge clients.

“Both mistakes lead to premature plateauing and significantly increase the likelihood of injury,” Del Mastro says. View clients from the side, as well as the front and back, to watch for these mistakes.

VARIATIONS The following modifications are listed in order of difficulty. Move up one level every three to four weeks with slow increases in weight.

Use a suspension training system such as TRX; stand holding onto the handles with arms outstretched in front. With the head up and facing forward, lean back into a squat over—but not touching—a chair.

Place a Swiss ball between the wall and lower back; hold arms straight out and lower into a squat position. This targets the quads and activates the core.

Squat with a weighted barbell resting on the front of the shoulders in an overhand grip, elbows forward and palms facing the ceiling.

See how to do a front squat here.

Hold a barbell overhead with arms in a wide, snatch grip. Along with helping to identify body imbalances, this engages the core at a higher level to maintain balance and stability.

Stand on one foot on a knee-high bench. Put arms out and dip body until the other heel touches the floor.

Try these other blog resources

Front Squat or Back Squat—Which Should You Choose? 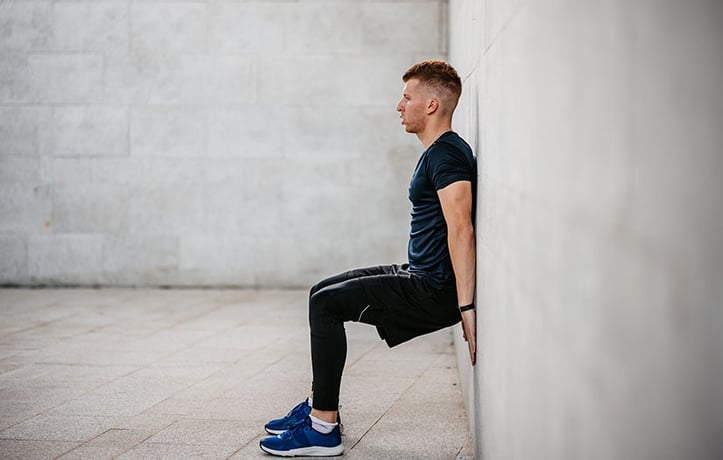 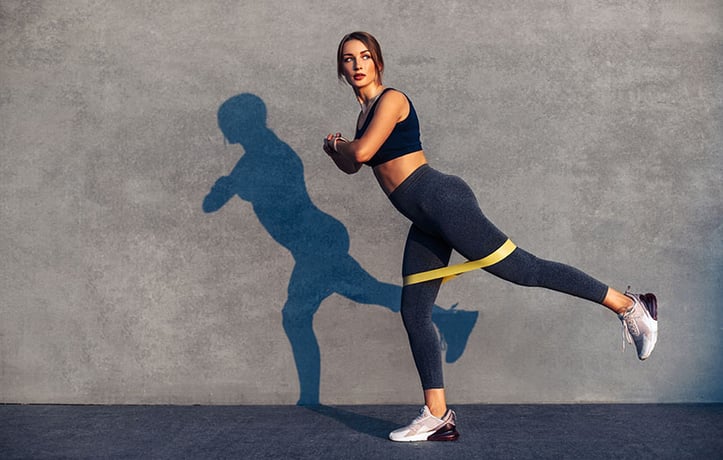 Reps in Reserve (RIR): What You Need to Know