Looking for a Sports Performance Edge? Add a Dose of Anticipation and Excitation. 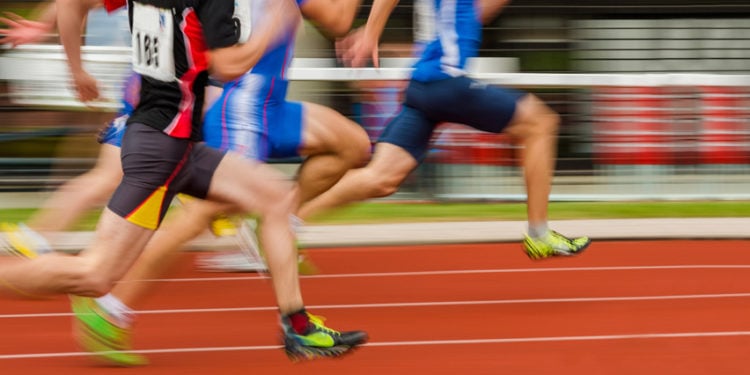 Are you looking for that competitive edge? You might consider ways of stimulating your nervous system. The central governor model is based on the premise that the nervous system strives to maintain homeostasis to minimize mental and physical fatigue by limiting exertion.

Research has shown that limits on endurance, strength, speed and power can be overridden by integrating psychological, nutritional and physical interventions.

Here the discussion will be on current trends for hacking the nervous system for sports performance enhancement through the mind-body connection, nutrition, tool assisted manual therapy (TAMT) and post-activation potentiation (PAP).

You can find more of these topics within our strength and conditioning course bundle!

Kinesthetic motor imagery (KMI) is a technique used by athletes to acquire and refine motor skills. KMI has been shown to improve motor performance without overt motor output. Theoretically, KMI leads to internal activation of anticipatory images of action effects. This mechanism allows for improving motor performance solely based on internal emulation of action. The emulation mechanism is implemented in brain regions that partially overlap with brain areas involved in overt motor performance, including the posterior parietal cortex, cerebellum, basal ganglia and premotor cortex. (Filgueiras, A., et al. 2017) (Ridderinkhof, K. R., & Brass, M. 2015)

Carbohydrate mouth rinsing has been shown to improve endurance performance for exercise lasting approximately 1 hour in duration. The mechanisms responsible for performance gains are still not fully understood. There is no alteration in plasma insulin concentration, blood glucose concentration or rates of macronutrient oxidation.

It has been postulated that central mechanisms may be responsible, likely related to an increase in corticomotor excitability and central motor drive to exercising muscle. The response to ingested carbohydrate begins in the mouth via specific carbohydrate receptors and continues in the gut via the release of hormones that influence substrate metabolism.

Stimulation of carbohydrate taste receptors within the oral cavity improves performance by increasing central drive to the locomotor muscles. In addition, a cephalic phase insulin response contributes to the improvement in exercise performance by enhancing glucose uptake by the exercising muscles, thereby helping to maintain high rates of carbohydrate oxidation in a manner similar to that which occurs when carbohydrate is ingested.

Caffeine is a popular ergogenic supplement. The majority of research has examined the ergogenic effects of moderate to high caffeine doses (5–13 mg/kg). These caffeine doses have profound effects on the responses to exercise at the whole-body level, but results are variable and, in some cases, there are undesirable side effects. Low doses of caffeine (<3 mg/kg, ~200 mg) are also ergogenic in some exercise and sport situations. Lower caffeine doses do not alter the peripheral whole-body responses to exercise; improve vigilance, alertness, and mood and cognitive processes during and after exercise; and have minimal, if any, side effects. The ergogenic effect of low caffeine doses appears to result from alterations in the central nervous system. The responses to low doses of caffeine are also variable and athletes need to determine whether the ingestion of ~200 mg of caffeine before and/or during training and competitions is ergogenic on an individual basis. (Spriet, L. L. 2014)

Higher doses of caffeine (3-6 mg/kg) have also been shown to be an effective ergogenic aid for aerobic and anaerobic exercise. Studies indicate that ingestion of caffeine (e.g., 3–9 mg/kg taken 30–90 min before exercise) can spare carbohydrate use during exercise thereby improving endurance exercise capacity. In addition to the positive effects on endurance performance, caffeine has also been shown to improve repeated sprint performance, thereby benefiting anaerobic athletes. Studies examining caffeine’s ability to increase maximal strength and repetitions to fatigue are mixed in their outcomes, but worth consideration. (Kerksick, C. M., et al. 2018)

Peppermint is an herb with analgesic, anti-inflammatory, antispasmodic, antioxidant, and vasoconstrictor effects. It has been shown to relax bronchial smooth muscles, increase brain oxygen concentration and decrease blood lactate levels. Meamarbashi demonstrated the effectiveness of peppermint essential oil on exercise performance, respiratory function variables, systolic blood pressure, heart rate, and respiratory gas exchange parameters. The stimulatory effect of peppermint on the CNS is one proposed mechanism. (Meamarbashi, A., & Rajabi, A. 2013) (Meamarbashi, A. 2014)

Current literature measuring the effects of SMR suggests that it may be an effective intervention for enhancing flexibility (acute and chronic), balance, sports performance and recovery, and reducing DOMS. The proposed mechanisms include: Mechanical, neurophysiological, endocrine and anti-inflammatory.

Using an assessment, such as the overhead squat, range of motion testing and manual muscle testing, can be an effective way of targeting the best areas to apply TAMT based on one’s unique impairments. Common impairments include a combination of over- and underactive muscles and joint dysfunction. Regardless of whether a muscle is short (overactive) or “locked long” (underactive) it can potentially house taught palpable bands known as trigger points. TAMT can be used to reduce or desensitize trigger points in both scenarios. This should be followed by lengthening those muscles that were identified as being short (e.g., static stretch) and activating (e.g., positional isometrics) those muscles identified as being “locked long. (Cheatham, S. W., et al. 2015)

what is Post-Activation Potentiation?

Post-activation potentiation (PAP) is an acute excitation of the neuromuscular system following some form of exercise. This acute excitation has been shown to improve subsequent explosive performances such as the countermovement jump and sprint speed.

An example of PAP would be performing Back Squat - 3x3 @ 80% 1RM several minutes before performing an explosive exercise such as a jump or sprint. The PAP theory purports that the contractile history of a muscle influences the mechanical performance of subsequent muscle contractions. PAP has been shown to improve jumping, sprinting, throwing, kicking, as well as change of direction speed performances (Docherty, D., & Hodgson, M. J. 2007) (Lorenz, D. 2011)

PAP works via a combination of intra- and inter-muscular neurophysiological mechanisms. There are three which are thought to provide the largest effects:

Heads Up! Fix Tech Neck With These Corrective Exercises 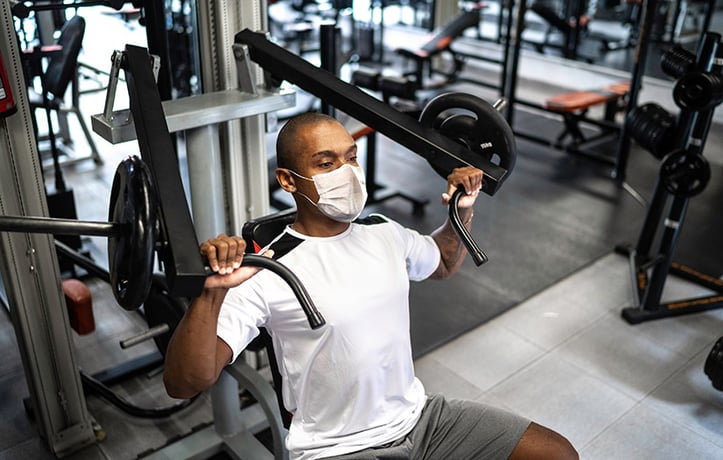 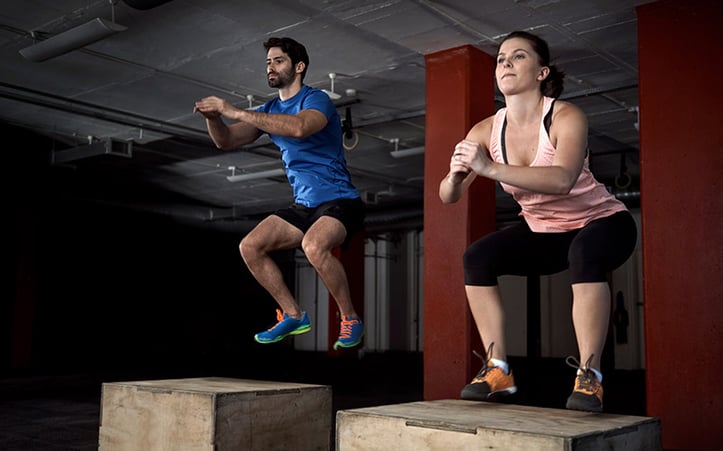