What’s the Skinny on Fat?

Fat is probably the most feared and misunderstood macronutrient. It has been erroneously associated with heart disease and conjures up images of going directly from the lips to the hips. Get the latest skinny and science on fat.

These fat  misconceptions are propagated by the notion that fat from foods is inherently fattening. It is not. Fat, like carbohydrates and protein, is a source of energy (calories). Calories are a measure of food energy and are expressed in kilocalories or kilojoules. Systems to calculate metabolizable energy (ME) in foods and diets are often based on Atwater Factors.

The general Atwater Factors for the macronutrients are:

As you can see, fat has more kilocalories per gram, but there are many factors that determine if a food (or fat) will be stored as fat. These include how foods are metabolized, the quality and composition of one’s diet, and what type of exercise a person does.

In order to sort through the misinformation and myths surrounding fat we need to understand a bit about the biochemistry and role of fat.

Fat digestion begins in the mouth and stomach, but primarily occurs in the small intestine through the action of bile salts released by the gallbladder, along with enzymes released from the pancreas.

Fat is primarily stored as “white fat”, which is metabolically inactive and more prevalent as we age. Brown adipose tissue (BAT) is another way fat is stored. BAT is more metabolically active. It is stimulated by cold-induced thermogenesis and has implications for weight loss.

The fat in our food is made up of fatty acids, which are classified into three major groups based on their chemical configurations:

All fatty acids are made up of a chain of carbon atoms with hydrogen atoms filling in the spaces around each carbon atom. The configuration of these atoms determines the type and nature of the fat and whether it is a solid or liquid at room temperature. In addition, it also determines the stability of a fat, which has implications for health and culinary purposes.

In general, all fats and oils from animal and plant sources are made up of a combination of saturated, monounsaturated and polyunsaturated fatty acids.

In the past, saturated fat was thought to be linked to heart disease and stroke, but it turns out that this may have been a big, fat lie. A 2010 meta-analysis published in the American Journal of Clinical Nutrition pooled together data from 21 studies and included almost 350,000 people tracked for an average of 14 years. This study concluded that there is no relationship between the intake of saturated fat and the incidence of heart disease or stroke.

The most common polyunsaturated fatty acids found in our foods are omega-6 and omega-3 fatty acids. These fatty acids are considered to be essential fatty acids, because the body cannot make them and they must be obtained through the diet.

Some sources say that humans evolved on a diet with a ratio of omega-6 to omega-3 essential fatty acids of approximately 1:1. The modern Western diet typically has a ratio of ~15:1. It is generally deficient in omega-3 fatty acids, and has excessive amounts of omega-6 fatty acids compared to the ancestral diet, on which genetic patterns were established.

Excessive intake of omega-6 fatty acids and a very high omega-6:omega-3 ratio have been shown to promote the pathogenesis of many diseases, including cardiovascular disease, cancer, inflammatory and autoimmune diseases. Increased levels of omega-3 fatty acids (a low omega-6:omega-3 ratio) has been shown to exert favorable effects on cardiovascular disease, certain cancers, inflammation and asthma. Following a diet with a lower ratio of omega-6:omega-3 fatty acids is more desirable in reducing the risk of many of the chronic inflammatory diseases that are highly prevalent in Western societies.

Oils can contain short chain, medium chain, or long chain fatty acids. MCTs are composed of a glycerol backbone and three fatty acids, with 2 or 3 of the fatty acid chains being attached to glycerol that has a medium-chain in length. Dietary sources of MCTs include palm kernel oil and coconut oil.

MCTs have been shown to increase fat oxidation and energy expenditure as well as reduce food intake and beneficially alter body composition. The research is mixed regarding the use of MCTs for improving exercise performance.

MCT oil is used by some to help promote a ketogenic state, which has clinical applications for neurodegenerative disorders such as seizures, Parkinson's and Alzheimer’s disease.

(For more detailed information on fat and the chemical structure, see the NASM Nutrition Certification Program.)

Bulletproof Coffee was developed by Dave Asprey, AKA “The Bulletproof Executive,” who promotes Bulletproof Coffee as a biohack that can be used to reduce cravings, boost cognitive function, increase mental clarity, and trigger weight loss by way of ketosis. It has become a popular trend with the Paleo and low-carb communities.

There is no doubt that if sourced well (e.g., organic, grass-fed butter, organic extra virgin coconut oil and organic coffee), the individual ingredients taste good and are healthy in moderation. But keep in mind that Bulletproof Coffee supplies enough calories to replace a meal and provides a tremendous dose of saturated fat without offering any significant source of other essential nutrients.

There have been some reports of people having significant increases in cholesterol along with increases in advanced risk factors such as ApoB and LDL small particle number, with high saturated fat consumption.

"Unable to find any research on the synergistic effects of combining the ingredients of Bulletproof Coffee with respect to the claimed benefits, thus at this point, in my opinion, the claims are speculative and long-term use could potentially have adverse effects to one’s health. Lastly, from a common sense perspective, it doesn’t make sense to consume unnaturally large doses of any nutrient," Geoff Lecovin, MS, DC, ND, CSCS, NASM-CPT, CES, PES.

Hydrogenation is an artificial process whereby polyunsaturated fatty acids, which are normally liquid at room temperature, are converted into solid fats at room temperature. The most common example is the conversion of vegetable oils into margarine and shortening.

Margarine was once thought to be a heart-healthy alternative to saturated fats, but science has “rediscovered” that saturated fats were not the cause of heart disease and trans fats have been linked to a number of adverse health conditions.

The polyunsaturated fatty acids in most vegetable oils are inherently unstable and can lead to the formation of free radicals. Hydrogenated vegetable oils are even worse as the process of hydrogenation changes the natural configuration of these hydrogen atoms, “cis,” to a formation called “trans.”

The “trans” formation can cause serious problems in cell metabolism, including depression of the immune system, cardiovascular disease, diabetes, obesity, sterility, birth defects, decreased ability to produce breast milk, loss of vision, and weakening of bones and muscles.

It’s hard to believe that trans fat-laden margarine was once promoted as a health food and used to replace the naturally occurring saturated fat that humans have been consuming since Paleolithic times.

Cholesterol comes from animal sources and is made in the liver. It is essential for:

We've been told for decades to limit cholesterol-rich foods, but in light of current research, that advice may be changing. In fact, the American Heart Association changed its policy on dietary cholesterol in 2013, citing insufficient evidence to support the idea that eating a lot of cholesterol in foods leads directly to higher amounts of artery-clogging cholesterol in the bloodstream. The big question is this: Will educators and clinicians who have been influenced by the low fat/low cholesterol hypothesis for decades be able to change, or will the image of fat and cholesterol as villains continue to prevail?

There are a number of athletic benefits from manipulating dietary fat. Some of these include:

Physical adaptations of athletes (i.e., increased mitochondrial density and capillarization) allow for an enhanced capacity to use fat for fuel. This capacity is also influenced by exercise duration and intensity. Exercise for longer durations at a low-moderate pace results in greater fat burning during the exercise period. Exercise at higher intensities (greater respiratory exchange ratio (RER)) shifts from using fat to using carbohydrates for fuel.

While longer durations at a low-moderate pace results in greater fat burning during the exercise period, high-intensity interval training results in EPOC, causing an increased rate of triglyceride/fatty acid cycling and a shift from carbohydrate to fat as a fuel source. EPOC has been shown to be a good strategy for fat loss and conditioning.

Ketogenic diets (very low carbohydrate diets with 40-50g of carbs per day) mobilize triacylglycerol stored in adipocytes and produce ketone bodies for fuel. Practically, a ketogenic diet is a safe and effective way to maintain lean body mass, while facilitating weight loss. In addition, there are clinical benefits for reducing risk factors associated with heart disease and diabetes.

Ketogentic diets are suitable for those athletes who perform submaximal endurance exercise, but not those involved in higher intensity activities. Perhaps the greatest potential of a ketogenic diet is during the last six weeks of preparation prior to a body composition event where it is important to lose fat and spare lean body mass.

McPherson, P. A. C., & McEneny, J. (2012). The biochemistry of ketogenesis and its role in weight management, neurological disease and oxidative stress.Journal of physiology and biochemistry, 68(1), 141-151.

Strengthening Your Communication Skills with Clients 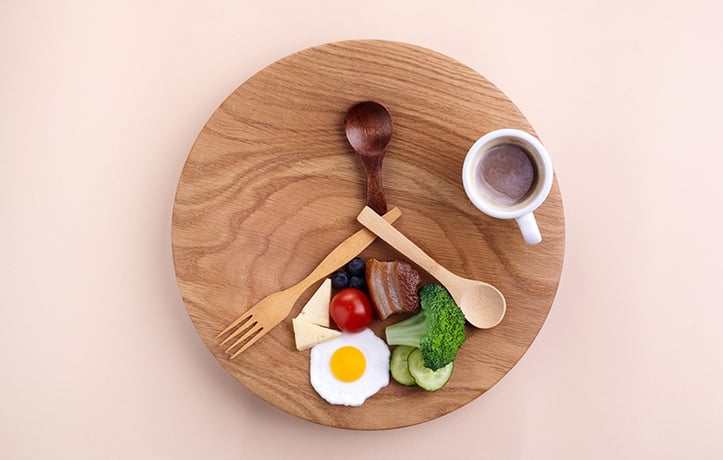 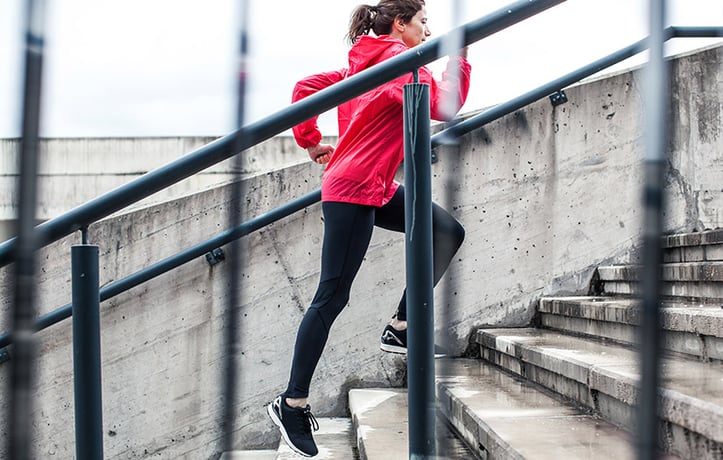 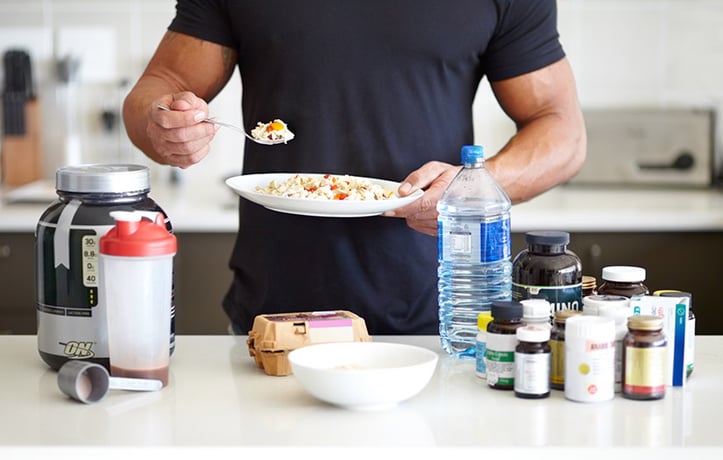 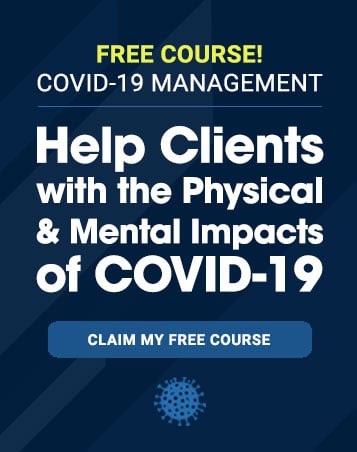 Fitness and Wellness Class: Micronutrients and the Immune System, Powered by dotFIT™

Can (And Should) You Exercise With COVID-19?