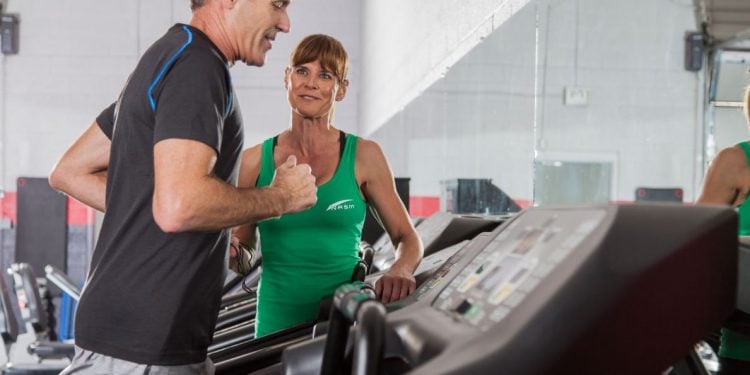 Four NASM Certified Personal Trainer share what inspired them to become fitness professionals—and offer their best advice to help you find success in the new year.

Almost 15 years ago, Clyde Mealy—an NASM-CPT with 11 NASM specializations—was an overweight investment advisor. While visiting a friend in the hospital, he asked a nurse to check his blood pressure. The reading shocked everyone in the room: 240 over 170.

A doctor took his keys, told him she couldn’t believe he was sitting there talking to her, and admitted him overnight. She told Mealy he needed to make some serious changes. Mealy didn’t hesitate.

“I immediately started eating better and exercising,” he says. “I lost 107 pounds. I got a second chance at life.” He also got a second career, as his newfound passion for fitness turned into a new profession.

Here, Mealy and three other NASM-CPTs share their stories and recommend resolutions that any personal trainer can use to find success.

A Story That Keeps Giving

After that night in the hospital, Mealy hit the gym—hard. Soon, he’d gone from wearing XXL to medium shirts, and from 46% body fat to below 10%.

He started working at the gym where he was a member, first at the front desk and then as manager on duty. Inspired and mentored by his own trainers, he eventually became a part-time trainer. By 2009, he had earned his NASM PES and CES and was a full-time trainer. In 2010, he earned his NASM-CPT. He then earned a master’s in exercise science from NASM educational partner California University of Pennsylvania.

Today, Mealy is a fitness professional at Life Time Athletic in Laguna Niguel, Calif., 50 miles south of Los Angeles. He’s found that his story gives him legitimacy with clients.

“It motivates me every day,” Mealy says. “And it motivates others too. They say, ‘That’s real stuff. I trust you.’ When they get down, I say, ‘If I can do what I did, you can do anything you want.’ ”

Mealy’s story helps him teach clients to be proactive and push through challenges.

“It’s awesome to hear that they earned a scholarship, or don’t need their cane anymore, or that the doctor took them off another med,” he says. “I celebrate those successes with them.”

Being a professional means constantly growing and improving, and that means using every opportunity to develop knowledge of the populations you work with. “Show that you’re committed to your craft,” Mealy says. “Doctors do it. Lawyers. CPAs. You should too.” He says that every NASM distinction he’s earned has provided something that he can apply to his clients.

Drawn to the Gym

When NASM Master Trainer Brian Schweitzerof, NASM-CPT, CES, PES, FNS, was in grade school, his mom took him to swimming lessons. On the way to the pool, he saw the facility’s gym through open sliding-glass doors.

“I just wanted to be in there, even though Mom wouldn’t let me,” Schweitzerof remembers. “I had no interest in the pool. I’ve spent the rest of my life wanting to be in the gym.”

He finally got there at age 15, and it was a defining moment: “I loved the feeling of working out,” he says. It set him on his path. A year later, he became a fitness attendant at a 24 Hour Nautilus, where he picked trainers’ brains. One gave him an NASM manual, and “it blew my mind,” Schweitzerof says. “I wanted to learn more.”

He knew then that he wanted to make fitness his career. He earned his NASM-CPT at age 18, and studied kinesiology in college (while training clients). He earned a bachelor’s and later added a master’s in rehabilitation science from NASM partner California University of Pennsylvania. During that time, he also served as fitness director at Los Gatos (Calif.) Swim & Racquet Club, where he oversees a staff of 17.

“I feel very lucky,” Schweitzerof says. “People spend the whole day in an office looking forward to the gym, and I’m there all day.”

Brian’s Advice: Try it yourself

Schweitzerof learned early on that being open to trying new things was key to long-term success. His primary example: Applying the Optimum Performance Training™ (OPT™) model to himself first.

“I was never one to stretch much, but learning about integrated flexibility got me to do it right,” he says. “I realized how valuable it was. I realized that the more you learn, the more you can give to your clients. And the more clients you’ll get.”

Do What You Love

When she started college, Crystal Reeves, NASM-CPT, CES, PES, FNS, WFS, was undecided about a major. So she asked herself a question: What do I really love?

“I love the human body,” says Reeves, who was a competitive figure skater, played high school tennis, and ran track in college. “It’s fascinating. How it works, what it can do. I went for exercise science and health, and I’ve never looked back.”

Reeves flirted with several health specialties in school and enjoyed an internship at a sports medicine clinic where she worked with athletes. But when she joined Pure Fitness (now part of LA Fitness) in 2005, she found a diverse range of clients that she loved working with even more. She soon connected with NASM and earned her NASM-CPT in 2010.

One woman in particular highlights Reeves’ love of the body’s resiliency: an 89-year-old woman who was totally reliant on her walker. After eight weeks with Reeves, she could leave the walker aside and walk from machine to machine. By 12 weeks, she could stand at home and help with chores, such as dish-washing.

“You can blow people’s minds with what their bodies can do,” Reeves says. “You can be 90 years old and get stronger. You can get more agile. You can improve your quality of life in ways you never imagined. And we get to help clients see that. It’s the best part of being a trainer.”

Reeves had found success by working 60-hour weeks at a gym, but the hours took a toll. So when she started a business with her fiancé, NASM-CPT Russell Wynter (profiled here), she cut back to find balance between being a mother and a trainer. “It wasn’t easy,” she says, “but I’m much happier now, and I’m a better trainer too.” Don’t confuse fewer hours with less focus: Since the change, Reeves has earn more NASM credentials and is working to become a certified yoga teacher. Her advice: “Find and/or keep the balance between family life and your career.”

In the early days of his fitness career, Russell Wynter, NASM-CPT, CES, PES, FNS, GFS, GPTS, helped a client drop from 296 pounds to 158 pounds in 13 months.

“Watching that transformation was so exciting,” Wynter says. “That drives me every day: You see the end goal for people even when they can’t see it. You know it’s possible. That’s powerful!”

Wynter’s own transformation wasn’t physical. Before becoming a trainer, he owned a lucrative aquarium-design business—a job that left his soul wanting. It was too impersonal.

He’d always been interested in fitness. Trainers at his gym, Pure Fitness, repeatedly asked him to join the staff. In 2002, he tried it, part-time—and was inspired by his client’s weight loss. Six months later, he went full-time, and eventually became a fitness manager. Along the way, he discovered NASM, earning his CPT in 2005. He also met his now-fiancée Reeves; the pair started MadSweat, in Scottsdale, Ariz., in 2009.

“It’s still about the clients for me, ever since I realized we could change lives,” says Wynter, who thinks of that first weight-loss client as changing the trajectory of his career. “It’s about seeing the end goal for people even when they can’t see it themselves. And seeing them get there.”

Russell’s Advice: Get out in the community

Theodore Roosevelt once said, “Nobody cares how much you know until they know how much you care.” It’s one of Wynter’s favorite quotes, and it connects to his resolution: Give of yourself. Get involved in holiday food drives, local charity work, or community events, so that people know you can help them. “I promise you,” Wynter says, “The more you give, the more you’ll get.” 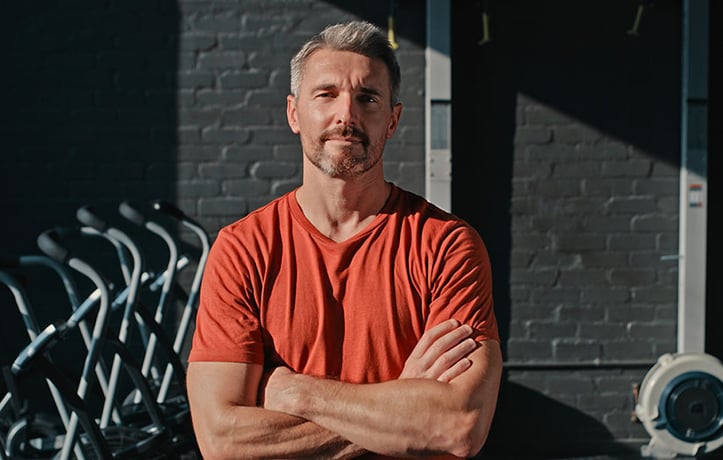