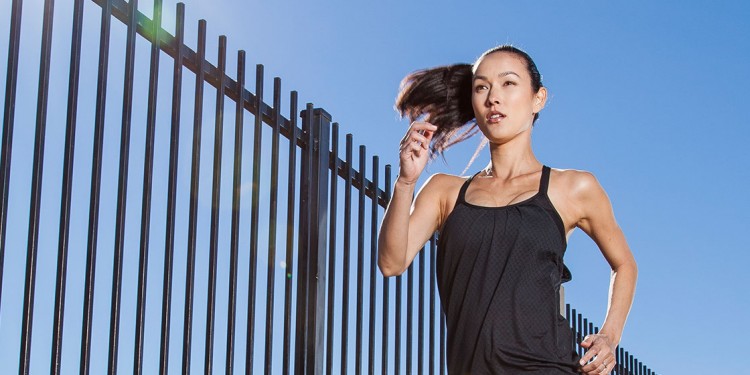 Vitamin D, also known as the “sunshine vitamin,” was identified in the 17th century by Dr. Daniel Whistler and Professor Francis Glisson when they discovered the causative factors of rickets.

Circa 1920, Sir Edward Mellanby worked with dogs raised exclusively indoors. He devised a diet that allowed him to unequivocally establish that rickets was caused by a deficiency of a trace component present in the diet and that cod liver oil (an excellent source of vitamin D) was an effective antirachitic agent.24

Along with vitamins A, E and K, vitamin D is a fat-soluble vitamin. Vitamin D actually refers to several different forms. Two forms that are important in humans include:

In addition vitamin D has three analogs, each with different potencies13:

Some vitamin D researchers suggest that approximately 5–30 minutes of sun exposure between 10 a.m. and 3 p.m. at least twice a week to the face, arms, legs, or back without sunscreen usually leads to sufficient vitamin D synthesis (and that the moderate use of commercial tanning beds that emit 2%–6% UVB radiation is also effective).

Individuals with limited sun exposure need to include good sources of vitamin D in their diets or consider supplements to achieve recommended intake levels.19

Become a Nutrition Coach Online with NASM: Are your clients getting enough Vitamin D?

As with many nutrients, vitamin D is absorbed in the small intestine. It is transported through the lymphatic system by chylomicrons and stored in the liver, bone, brain, and skin.

The Recommended Dietary Allowance (RDA) for vitamin D ranges from 400-800 IU, depending on age, pregnancy/lactation status, skin color, sun exposure, diseases affecting nutrient absorption, and health status. This RDA is considered a daily intake that is sufficient to maintain bone health and normal calcium metabolism in 97-98% of healthy people.19

It is important to note that numerous studies support much higher intakes for the prevention and/or management of a number of diseases, some of which will be mentioned later. These intakes can be as high as 10,000 IU/d, or >10 times the current recommended intakes.22

Serum concentration of 25(OH)D is the best indicator of vitamin D status. It reflects vitamin D produced in the skin and that obtained from food and/or supplements.

Based on a review of the data on vitamin D needs, a committee of the Institutes of Medicine (IOM) concluded that people are at risk for vitamin D deficiency at serum 25(OH)D concentrations <30 nmol/L (<12 ng/mL). In addition, some are potentially at risk for inadequacy at levels ranging from 30–50 nmol/L (12–20 ng/mL). In general, the recommended range is 30–100 nmol/L.19

There are two primary diseases caused by vitamin D deficiency13:

Functions and Health Effects of Supplementation

A primary function of vitamin D includes calcium absorption in the gut for normal mineralization of bone and to prevent hypocalcemic tetany. In addition, vitamin D modulates cell growth, neuromuscular and immune function, and inflammation.

Vitamin D has been extensively reviewed for potential health relationships warranting supplementation. Some of these include resistance to chronic diseases (such as cancer and cardiovascular diseases), physiological parameters (such as immune response or levels of parathyroid hormone), and functional measures (such as skeletal health, physical performance and falls).21, 23

Low 25(OH) D levels have been associated with all-cause mortality and even more pronounced with cardiovascular mortality. It is still unclear whether vitamin D deficiency is a cause or a consequence of a poor health status, though vitamin D supplementation could perhaps be an approach to consider in reducing mortality and cardiovascular disease.18

Vitamin D plays an essential role in maintaining a healthy mineralized skeleton. Sunlight causes the photoproduction of vitamin D3 in the skin. Once formed, vitamin D3 is metabolized sequentially in the liver and kidneys to 1, 25-dihydroxyvitamin D. The major biological function of 1, 25-dihydroxyvitamin D is to keep the serum calcium and phosphorus concentrations within the normal range to maintain essential cellular functions and to promote mineralization of the skeleton. It is generally accepted that an increase in calcium intake to 1000-1500 mg/day, along with an adequate source of vitamin D of at least 400 IU/day, is important for maintaining good bone health.8

1, 25-dihydroxy vitamin D [1, 25-(OH)2 D] exerts its effects via the vitamin D receptor that belongs to the steroid/thyroid hormone receptor superfamily leading to gene regulation and a number of biological responses. Moreover, it has been demonstrated that 1, 25(OH)2 D can induce differentiation and inhibit proliferation of a wide variety of cell types. The anti-proliferative action makes 1, 25-(OH)2 D and its analogs a possible therapeutic tool to treat hyperproliferative disorders, such as certain forms of cancer.2

1, 25-dihydroxy vitamin D (1, 25[OH]2 D) or calcitriol, has been implicated in many physiologic processes beyond calcium and phosphorus homeostasis, and likely plays a role in several chronic disease states, including cardiovascular disease.

Some cross-sectional clinical and epidemiological studies have found that low levels of vitamin D are significantly associated with higher levels of depressive symptoms. While cross-sectional studies cannot establish causality, vitamin D supplementation for depression in those who are deficient warrants further investigation.11

A review of thirty-seven studies suggests that lower vitamin D concentrations are associated with lower cognitive function and a higher risk of Alzheimer’s disease. Further studies are required to determine the significance and potential public health effect of this association.1

Vitamin D appears to play a role in the prevention of type 1 diabetes in genetically predisposed individuals, as well as type 2 diabetes, by affecting insulin secretion and glucose tolerance.14, 16

Recent studies have shown that the hormonal form of calcitriol can act as a regulator of immune cell differentiation and proliferation, specifically in T cells and activated macrophages. Vitamin D may have a similar role to that of other immune regulatory molecules such as cytokines, by modulating the inflammatory process.6

Vitamin D plays a role in the synthesis of antibacterial peptides (short chains of amino acids) and in autophagy (cell degradation of unnecessary or dysfunctional cellular components). Several studies have shown that low levels of vitamin D are associated with the susceptibility and the severity of acute infections and with an unfavorable outcome of some chronic infections including the HIV infection. Vitamin D supplementation improves response to treatment of some viral and bacterial infections.5

Vitamin D is an important component in the interaction between the kidney, bone, parathyroid hormone, and the intestine, which maintains extracellular calcium levels within normal limits in order to maintain physiologic processes and skeletal integrity. Vitamin D is also associated with hypertension, muscular function, immunity, and one’s ability to deal with an infection, autoimmune disease (including multiple sclerosis), and cancer.4

Vitamin D status has been hypothesized to play a role in musculoskeletal function. In a study by Houston et al, 2007, vitamin D status was inversely associated with poor physical performance. Given the high prevalence of vitamin D deficiency in older populations, additional studies examining the association between vitamin D status and physical function are warranted.

Brain serotonin is synthesized from the amino acid tryptophan and is activated by vitamin D and omega 3 fatty acids. Inadequate levels of vitamin D (∼70% of the population) and omega-3 fatty acids can result in suboptimal brain serotonin synthesis, leading to a number of cognitive and behavioral disorders.17

Gloth et al, 1991, identified a pain syndrome associated with vitamin D depletion that is worsened by light, superficial pressure, as well as movement. This pain restricts mobility and function.

Because vitamin D is fat soluble and can be stored in the body, excessive amounts can be toxic and cause a constellation of symptoms, including: Hypercalcemia, hypercalciuria, kidney stones, hyperphosphatemia, polyuria, polydipsia, ectopic calcification of soft tissues, nausea & vomiting, anorexia, constipation, headache and hypertension.12

It is generally accepted that vitamin D deficiency is a worldwide health problem affecting a wide range of acute and chronic diseases. Individuals should try to achieve optimal serum 25-hydroxyvitamin D concentrations from dietary sources, supplements, and sun exposure.

The effect of vitamin D on epigenetics and gene regulation could potentially explain why vitamin D has been reported to have such wide-ranging health benefits throughout life. Increasing the vitamin D status of children and adults worldwide is an imperative strategy for improving musculoskeletal health and reducing the risk of chronic illnesses, such as cancer, autoimmune diseases, infectious diseases, diabetes (both type 1 and type 2), neurocognitive disorders, and mortality.9

Do you want to help clients get an adequate amount of Vitamin D? You can become a Nutrition Coach online today with NASM. Follow the link and change lives!

THE VOICE OF POSTURE 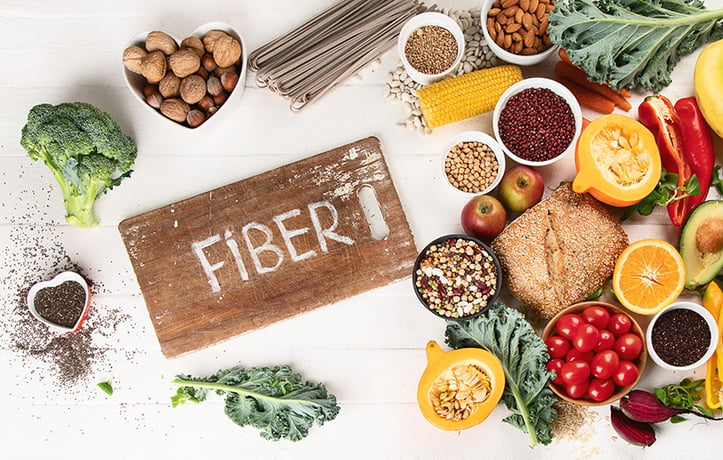 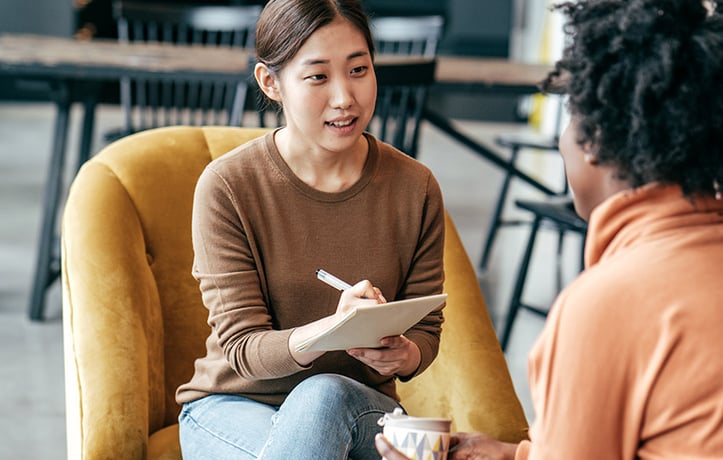 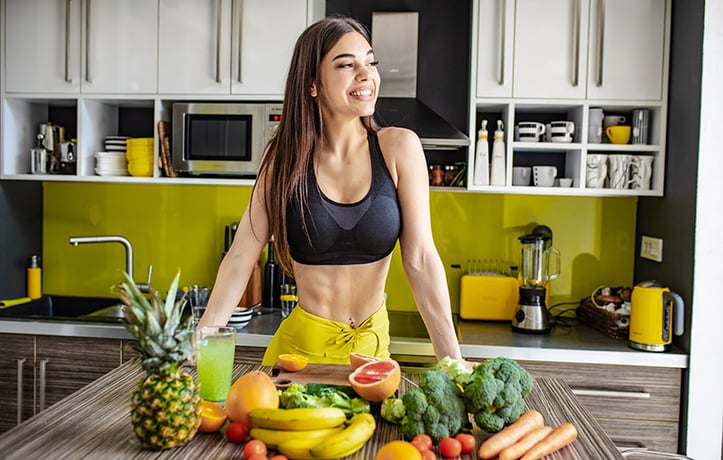