Sugar continues to be a source of debate as obesity and diabetes rates continue to climb. Are simple sugars the cause? Before pointing the finger at simple sugars, we’ll provide you an overview of their functions and structure, while discussing key effects upon overall health.

Although carbohydrates are essential to our survival, refined starches and sugars continue to be the focus of debate regarding excessive caloric intake, obesity and health. True … most simple sugars and processed starches demonstrate faster emptying rates from the stomach than fats and proteins, producing more significant fluctuations in blood sugar and increasing overall hunger levels. True… they are associated with multiple diseases (e.g., diabetes, cancer, fatty liver disease). True… simple sugars can affect specific neurotransmitter levels within the brain, potentially affecting hunger, alertness and mood. True… sugars constitute approximately 50% of the carbohydrates we consume daily and almost 25% of total calories we consume daily (1). As a side note, the current USDA Dietary Guidelines for Americans recommends that sugars constitute no more than 10% of our total caloric intake, but emphasize they originate from whole fruits and non-fat / low-fat dairy sources (2).

But, consider the primary functions of all carbohydrates; they provide energy, almost exclusively, to the brain, central nervous, and red blood cells; fuel working muscles for higher intensity exercise or activity; fiber for intestinal and cardiovascular health; and are considered a ‘fat primer’ to help metabolize fats for energy and prevent ketone body accumulation. Given this information, should we take a quantitative approach to carbohydrates by implementing restrictions (i.e., below the recommended dietary allowance of 130 g day for adults and children [2]), or should we take a more qualitative approach that addresses the kinds of carbohydrates consumed? The answer is both, but we should focus our initial attention upon the types of carbohydrates consumed.

There are many forms of simple carbohydrates in our diets including healthier sugars (e.g., honey, whole fruits, milk), and less healthier options (e.g., sugar found in soft drinks, candy). Most of the added sugars* in our diets comes from soft drinks and candy. The average American now consumes a whopping 22 – 28 teaspoons of added sugar each day, equal to 350 – 440 empty calories or the equivalent of drinking two to three 12 oz. (355 mL) cans of soda daily (3). The American Heart Association guidelines recommend a maximum of nine teaspoons daily, whereas the Center for Science in the Public Interest (CSPI) recommends women limit their added sugars* to 100 calories (6½ teaspoons) per day while men should limit theirs* to 150 calories (9½ teaspoons) per day (3, 4). Considering the amount of sugar we currently consume and the fact that the average American consumes approximately 540 cans of soda each year, it’s a safe assumption that the general population is not faring well with their simple carbohydrate intake (5).

* Added implies additional sugar above the amount naturally present in healthy foods like fruits and milk.

All three share the same molecular structure of C6H12O6 and the same caloric density (4 calories per gram), but the structural arrangement of the atoms within each molecule differs, giving each unique characteristics that make them significantly different.

Some individuals are “lactose intolerant” and may suffer from a variety of gastrointestinal (GI) distresses like diarrhea when they consume dairy products. Essentially, these individuals lack the enzyme lactase needed to digest the disaccharide lactose so they cannot break it down into its monosaccharide units of glucose and galactose. Therefore, it remains in the intestinal tract where intestinal bacteria feed on it, causing some GI distress and discomfort. For these individuals, their solution lies is either consuming a predigested milk (i.e., lactose is broken down to glucose and galactose before consumption by adding the enzyme to the milk) or consuming a pill containing lactase before consuming dairy products. As carbohydrates breakdown into monosaccharide forms, they generally become sweeter in taste. If you have ever tried drinking lactose-free milk, you will notice it has a slightly sweeter taste than regular milk.

GI is a ranking system used to score carbohydrates (foods and beverages) according to their ability to raise blood glucose levels. Essentially, this system assigns a numeric value between zero and 100 to all carbohydrate sources based on how quickly they are digested and absorbed into the body, and how they impact blood sugar. While older standards still exist, the most current ranking system is based on how quickly 50 grams of available carbohydrate raises blood sugar measured against the rate of glucose, which is considered the standard and assigned a value of 100. The scoring system categorizes carbohydrates as high, moderate, or low glycemic foods.

With the exception of specific times (e.g., fueling during or immediately following exercise), consuming high glycemic sources are generally not recommended because these foods are ingested rapidly by the body, causing larger blood sugar spikes (hyperglycemia), followed by rapid drops (hypoglycemia or ‘crashes’) due to large doses of insulin being released into the blood. These wide fluctuations in blood sugar can cause extreme changes in hunger and energy levels, but more importantly can lead to a progressive de-sensitization of insulin receptors located on the cell wall (insulin resistance), increasing the potential for developing type 2 diabetes. Foods with lower glycemic scores, by contrast, are digested more slowly and do not cause the extreme fluctuations in blood sugar. These foods also are believed to help control appetite, delay hunger cues, and help reduce the risk of insulin resistance. The table presented below provides examples of the GI score for various carbohydrate sources.

It is important to note that this GI scoring system is not perfect as the rate at which a carbohydrate food impacts blood sugar levels can be affected by numerous factors that include:

Consequently, these differences have resulted in glycemic score variations ranging from 20–40 points between the same foods. Furthermore, GI score largely ignores what we call a ‘cephalic insulin response’ or the stimulation of the pancreas to secrete insulin in anticipation of food. This is greatly influenced by environmental triggers and hunger levels. For example, the common strategy used to curb food intake with non-caloric beverages before a meal may in fact be counterproductive. As low blood sugar is a known trigger to hunger, the sight or thought of food may initiate insulin release in anticipation of arriving food. However, the arrival of non-caloric foods will lower blood sugar levels, further increasing hunger and the likelihood of ravenous eating.

An additional limitation to the GI scoring system is that the total amount of carbohydrates consumed is not considered and this can also play heavily on how a food impacts blood sugar. For example, consuming 1 gram of a high-glycemic carbohydrate will not impact blood sugar levels when we have between 5–15 grams of glucose in our blood, but can the same be said for a moderate GI carbohydrate when we consume 30 grams? Consequently some nutritional experts favor the use of a glycemic load (GL) rather than the GI score. Glycemic load is a weighted average characterizing the glycemic effect, specific to the carbohydrate and amount consumed, calculated using the formula provided below:

Much like the GI ranking system, glycemic loads can be ranked as low, medium, and high.

Although fructose can be used by cells, the body generally favors glucose as a fuel. Consequently, fructose travels to the liver, where it undergoes metabolic processing for conversion to glucose. Growing evidence is beginning to show strong correlations between fructose consumption, obesity, health, and liver disease (7, 8). In the liver, fructose may not convert to glucose, but may actually convert to fats (triglycerides) that are stored within liver tissue. This results in the development of a fatty liver (as seen with cirrhosis from excessive alcohol consumption) or increased levels of blood triglycerides that increase the risk for obesity and heart disease. Furthermore, there is also evidence that shows how fructose may also increase levels of uric acid in the body (which increases the potential for gout) and reduce circulating levels of leptin, an essential hormone that helps control satiety and appetite (9, 10). Researchers are beginning to devote more attention to the effects of excessive fructose consumption on health.

As increases in non-alcoholic fatty liver (NFALD) disease appears to parallel increases in obesity, diabetes, and dietary fructose consumption in industrialized nations (primarily due to increased consumption of sugar and high fructose corn syrup from soft-drinks). One study compared NAFLD without liver cirrhosis against a control group. The research demonstrated that patients with NAFLD consumed two-to-three times more fructose than the control group (365 kcal from fructose vs. 170 kcal), leading researchers to conclude that a key pathogenic mechanism behind the development of NAFLD may be associated with excessive dietary fructose consumption (11).

HFCS-55 (55% fructose, 45% glucose – most commonly used as a sweetener) has also gained the attention of researchers and the public, most if it being negative attention. HFCS is a group of corn starches (glucose chains) that have undergone enzymatic processing to increase their sweetness to resemble sugar, which consequently increases the fructose content. This compound is then mixed with pure corn syrup (100 % glucose) to create cheaper commercial sweetener alternatives to sugar.

Sodas and sweet beverages contribute significant kcal to the U.S. diet and to obesity.  In fact, 20% of children drink at least three sweetened beverages each day, constituting almost one-third of their total daily calories (5). Many of these beverages are sweetened with HFCS, so the question arises whether there is a correlation between obesity and HFCS or whether obesity rates would remain unchanged if the HFCS was replaced with regular sugar. In other words, would our obesity rates be any different if sucrose cost the same? Many experts agree that it is the excessive consumption of sweetened beverages and not the caloric sweetener that is to blame (5).

However, research has also examined potential health consequences that exist between consuming sucrose versus HFCS. As mentioned previously, studies link fructose to increased risks for obesity, along with heart and metabolic diseases (e.g., diabetes), as it stimulates liver production of triglycerides. As HFCS contains higher levels of fructose than sucrose, do they increase these risks for disease? Furthermore, carbonyl compounds, a substance derived from carbohydrates are found in higher concentrations in individuals with diabetes and tend to cause diabetic complications (e.g., foot ulcers, eye/nerve damage). As these compounds are found in concentrations that are ten times higher in HFCS than in sugar, researchers are expressing additional concerns against the use of HFCS (13).

Speed and Agility Training for Basketball 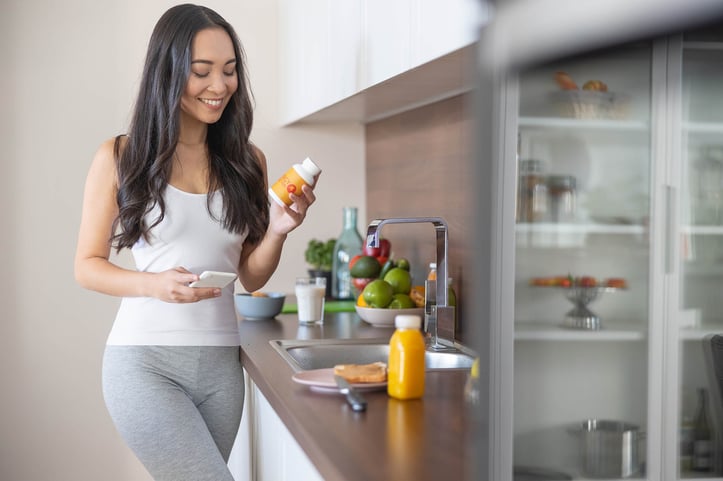