Gene Doping: Are the Risks Worth the Rewards?

What started out as a search to cure chronic and fatal diseases, gene doping has been making its way into the arena of sports performance. Many of the risks are unknown and possibly uncontrollable, yet the potential of improved muscle strength, endurance, oxygen delivery, and reduction of pain perception could be enticing for those searching for a competitive edge. But does this hard to detect gene-altering intervention take cheating too far?

“Attention sports dopers everywhere: Why inject the hormone when, better yet, you can inject the gene that encodes for that hormone? It’s as simple as (and as complex as) having genes injected into your body that will produce higher levels of strength and stamina-boosting hormones. You’ll soon scoff at old, detectable doping methods, as scientists reiterate the difficulties of detecting your manipulated DNA (1-5).”

It sure sounds irresistible, which is why gene therapy is the newest medical phenomenon primed for use by athletes. But will the rewards of gene doping be worth the risks? The use of gene therapy – in patients with life-threatening diseases – is, after all, still in its infancy, and some clinical trials have gone awry. Yet if we’re to be instructed by history, then the answer is yes – sports teams and institutions have always been willing (and financially able) to try illegal, and untested, substances if the potential outcome is victory (1).

Over the past few decades, scientists have made great strides in the area of genomics, with the expectation that it would revolutionize medicine. Gene therapy is one perfect example – a treatment that could cure chronic and fatal diseases by altering a person’s genetic make-up (1). This is how it works:

A sick person is injected with a gene that will begin encoding for a specific protein that has the ability to overturn their illness (1). This specially prepared dose of genetic material, also called a vector, is injected via a de-activated virus, then travels to the target cells (or, it can be injected directly into the target organ) where it will turn on, and begin encoding (1). Once injected, the gene could take days to activate, or in some cases, months or even years (1).

The World Anti-doping Agency (WADA) saw gene therapy as a threat to sport ethics in the very early stages of its development. In 2003, WADA added genetic modification to the list of banned substances and practices for competitive athletes, and began ardently seeking detection methods (1).

In their review article, Haisma et al. listed the gene therapies they considered most feasible for use in athletics (*noted to have the highest plausibility in terms of safety and effectiveness):

The Dangers of Gene Doping

New genetic therapies will be enticing to athletes thanks to the seemingly low (to no) risk of getting caught (1,2,3,4,5). (Although WADA claims that after a decade of research they’ve developed viable detection methods (4)). Proteins created by the transgene would look identical to the ones individuals already carry, and site-specific vectors (those injected directly into the target organ, like muscle) would be particularly hard to spot since they wouldn’t show up in the athlete’s urine or blood (1).

But what are the risks of this potentially undetectable performance boost? They’re indeed greater than athletes may know. First off, they make not work. In two notable animal trials, researchers observed a complete reversal of the intended enhancement. Monkeys delivered the EPO gene developed severe anemia following an autoimmune response to the artificially-produced protein (1,2). In another study, mice given a gene that coded for a myostatin blocker (to stimulate muscle growth) displayed reduced muscle force and overall stamina than control mice (2).

Athletes may also get too much of a good thing. Once injected, controlling the expression of the gene can be difficult (i.e., how much and for how long). An overexpression of EPO, for instance, could over-produce red blood cells, resulting in blood so thick that it’s comparable to sludge (1,2). Or, raising an athlete’s GH or IGF-1 levels - known mitogens that stimulate cell division - could create a carcinogenic effect (2).

Then there are the means by which athletes might obtain genetic materials. In government-approved trials, injectable viruses are heavily tested for toxicity and contamination. Illicit lab standards may prove less stringent, resulting in athletes receiving “dirty” doses (1).

Lastly, gene doping is a public health issue. For a short time post-injection, athletes can pass vectors to other people, through saliva, blood, and feces. In authorized treatments, patients injected with genetic material aren’t permitted to leave clinical care until the vectors become undetectable in their body fluids (1). Another public danger is the formation of new viruses if adequate care and precautions are not exercised by the scientists preparing the athletes’ dose (1).

What we know is that sports teams and institutions could find scientists to illegally prepare the synthetic genes and inject them into their athletes. But if coaches and athletes knew the risks, would they really bother? Creating awareness about gene doping would hopefully moderate future practice. Educators should emphasize the health risks, as well as the potential unknown effects posed by scientists (1): Will altered athletes pass their genetic manipulations on to their children? Will healthy athletes experience side effects not displayed by the sick? What happens to these athletes in the long term, post-alteration? With any luck, we’ll never know.

Tailgating Tips for a Healthy Season

How to Rewire Athlete Self-Talk to Improve Sports Performance 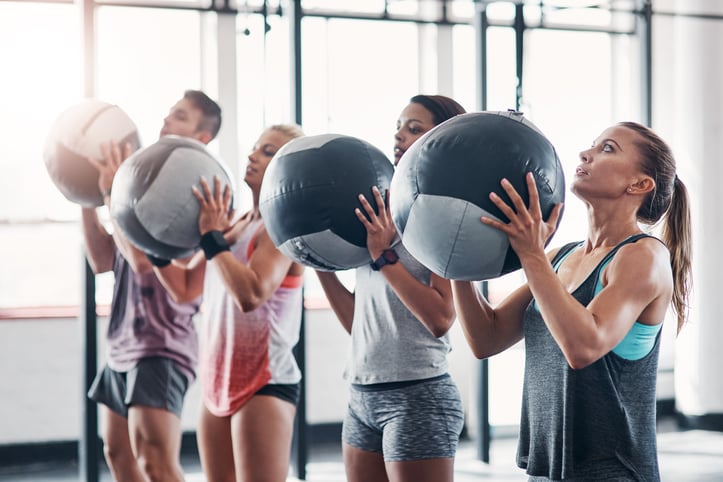